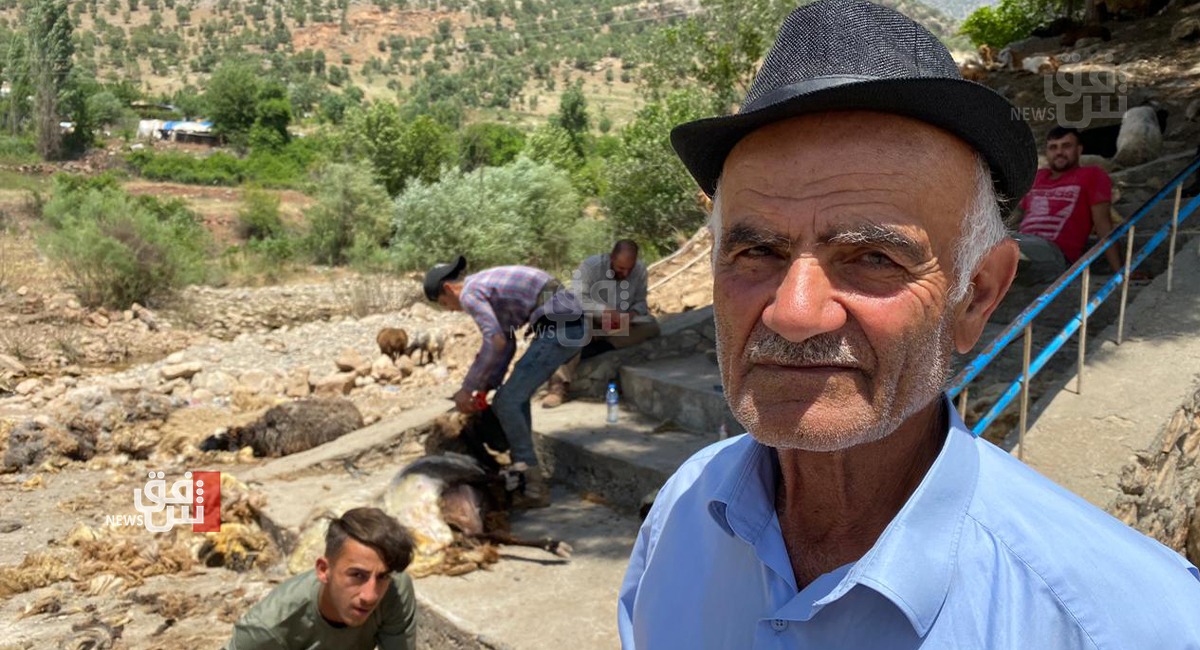 Shafaq News/ A Christian village in Kurdistan Region called to save the rest of its livestock, which died in large numbers as a result of the Turkish bombing.

The headman of Jalki village in Duhok governorate told Shafaq News Agency that his village is now almost empty, as most families were forced to flee due to the Turkish bombing and the continuous clashes with the Kurdistan Workers Party.

He stressed that he returned alone to the village to check on those who remained in it to take care of their livestock, which is their only source of livelihood, noting that the border villages in Zakho and Amedi districts suffer from military operations and clashes that are renewed every now and then between the Turkish army and the PKK.

He explained that the village's residents had about 400 sheep and goats, but only 290 of them remained.

It should be noted that Jalki village, affiliated with Kani Masi district hosts no more than 20 families, who subsist on livestock and agriculture, but most of them were forced to flee.

The headman stressed the villagers' need for "a wooden bridge to cross the livestock. We have obtained official approvals, but they tell us that they do not have sufficient financial resources. That is why we appeal to the charitable organizations to help us and build this bridge to save what remains of our livestock."

Turkish airstrikes on PKK sites in the north of Duhok

Three missiles accidentally fell near a village in Duhok