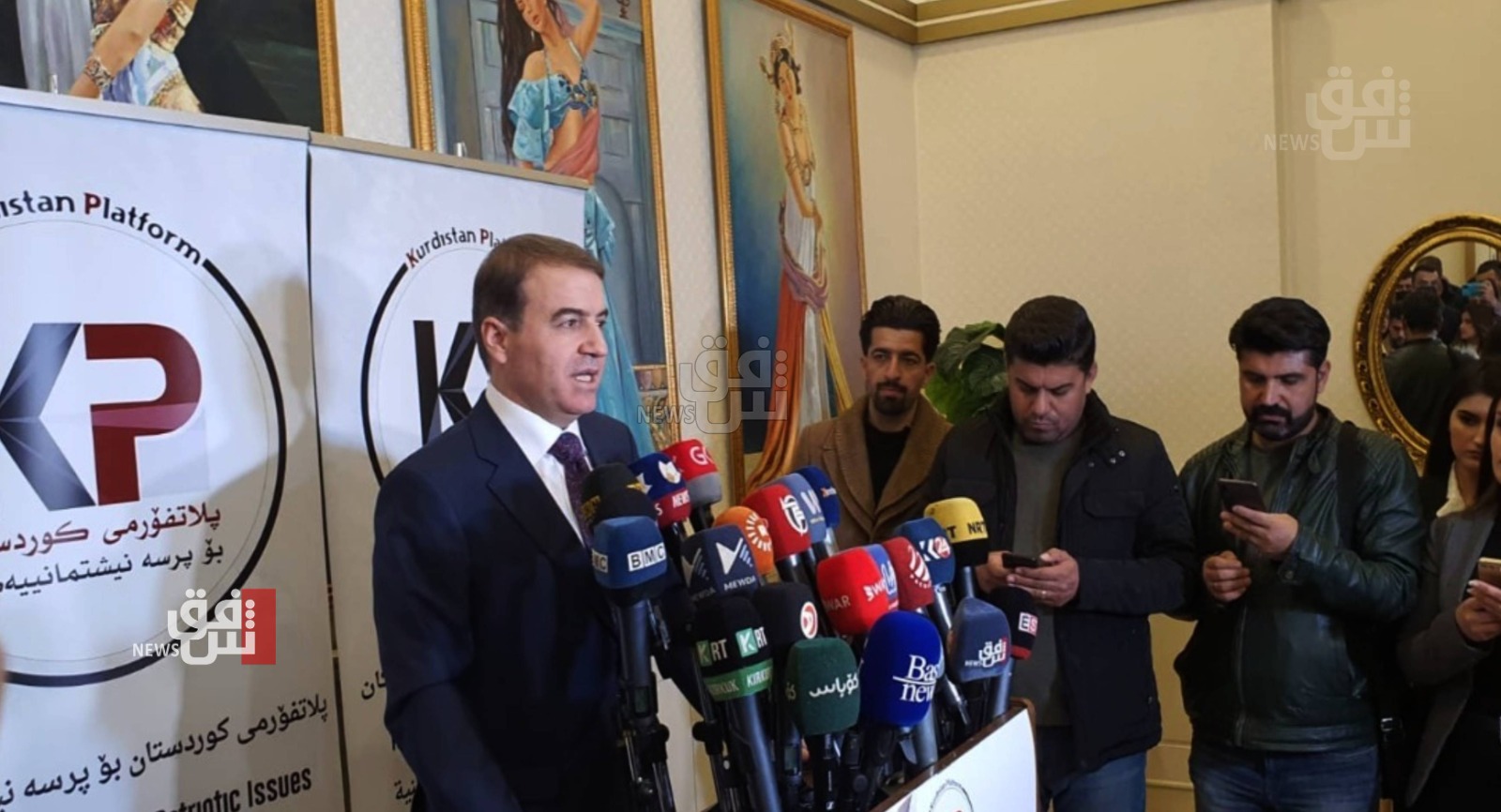 Shafaq News/ The Deputy Speaker of Kurdistan's Parliament, Hemin Hawrami, said that the Kurdistan Democratic Party (KDP) and the Patriotic Union of Kurdistan (PUK) still have enough time to agree upon a mutual candidate for the presidency.

"The disagreement over the position is usual. The Kurdistan Democratic Party (KDP) wished that a Kurdish agreement settles upon a candidate."

"The KDP's objection did not revolve around the candidate himself, rather than the norms set 17 years ago."

"The common ground between the KDP and the PUK is larger than the position in Baghdad. The remaining time is sufficient to agree upon a mechanism or a candidate."

"Next Monday, the list of the presidential candidates will be released," he said, "the parliamentary interrogation was purely political. It was not related to his candidature conditions."

"The presidency of the republic is an entitlement of the Kurdish component. Nobody has the right to monopolize it. It must be subject to the national atmosphere inside the Kurdistan Region."

The first deputy of the Iraqi parliament speaker, Hakem al-Zameli, on Saturday headed an expanded meeting to deliberate the list of candidates vying for the presidency of the republic.

According to a readout issued by al-Zameli's bureau, the meeting was attended by the Minister of Higher Education and Scientific Research, chairperson of Integrity Commission, chairperson of Accountability and Justice Commission, and the senior undersecretary of the Interior Ministry, among other officials.

The meeting pondered the criminal record and the academic qualifications of 26 candidates, in addition to their history from the Integrity and Accountability Commission's point of view.

Al-Zameli said that the official documents and resumes were studied with extreme "transparency and professionalism" away from any political pressure that might be exercised on the relevant parties to impede or boost a certain candidate.