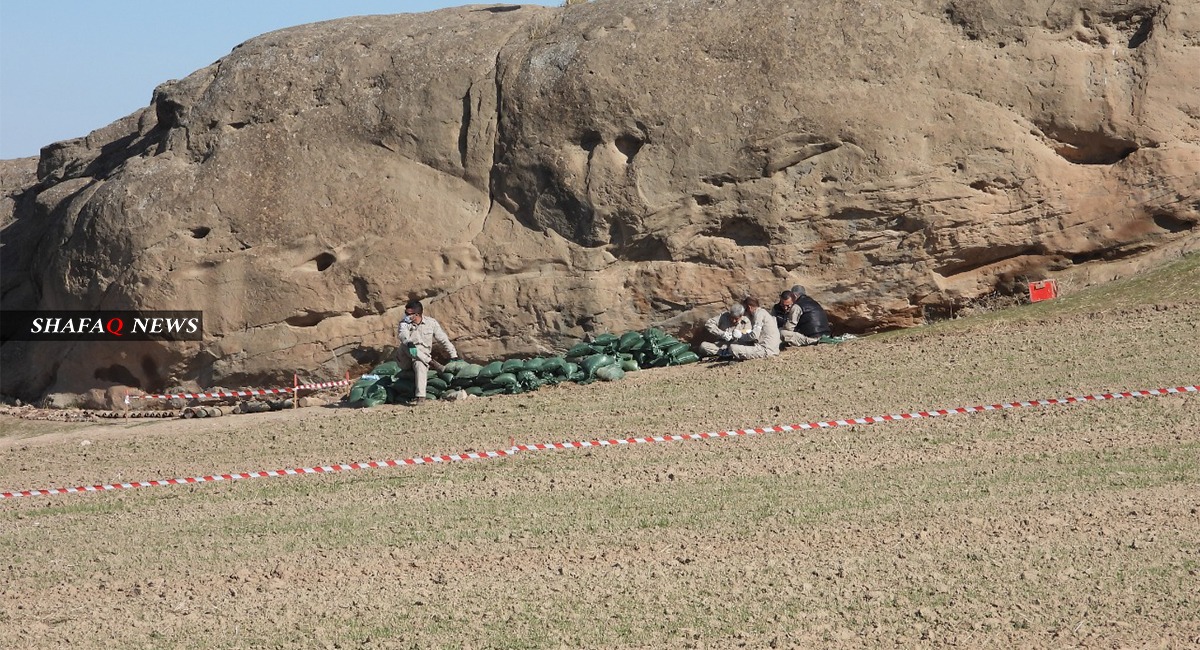 Shafaq News / the Directorate of Mine Action in Kurdistan’ Garmyan Administration cleared on Tuesday hundreds of landmines in an area near the Iraqi-Iranian borders.

The explosives expert, Alaa Al-Din Najm al-Din, told Shafaq New agency that 268 devices of bombs and landmines left over from the Iran-Iraq war 8 years ago were cleared near Khanaqin.

Landmines and (unexploded) war remnants on the Iraqi-Iranian borders are a daily threat to farmers and shepherds, he added.

Iraq is littered with an estimated 25 million landmines; many lie in areas bordering Iran, a legacy of the 1980-88 Iran-Iraq war that killed a million people.

Mines claimed 14,000 victims in Iraq between 1991 and 2007, the United Nations Development Program says. More than half died from their wounds. For survivors, life is a daily struggle.

Garmyan completed preparations for the Newroz

A Hungarian delegation arrives in Garmyan

No complaints were recorded in Garmyan