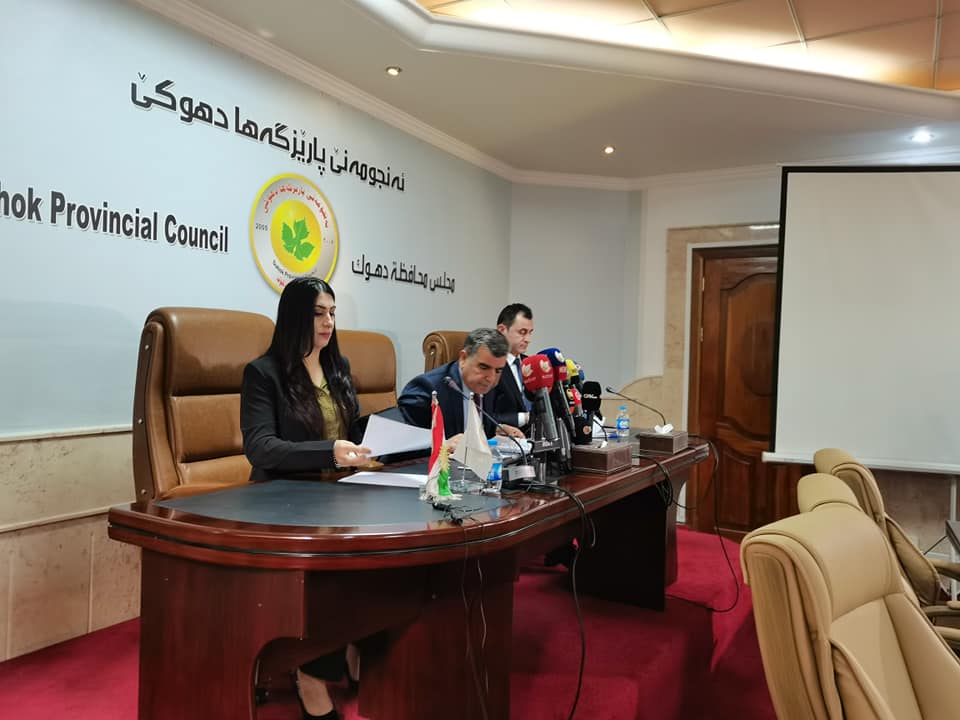 Shafaq News / The Duhok Provincial Council voted on Wednesday on a draft decision to convert Batifa sub-district into a district.

The 26 members of the Council unanimously voted in favor of the proposed resolution draft that stipulates transforming Batifa into a district per the powers granted to the provincial councils in Article 6 of the Provincial Councils Law of 2009.

Batifa was affiliated with Zakho district in Duhok governorate. The 208-kilometer squared area with a population of 28 thousand nests 75 villages, and Bikova complex that became a sub-district per the resolution mentioned above.

Turkish airstrikes on PKK sites in the north of Duhok