Condemnation of The attack on the Kurdish Party headquarters in Baghdad 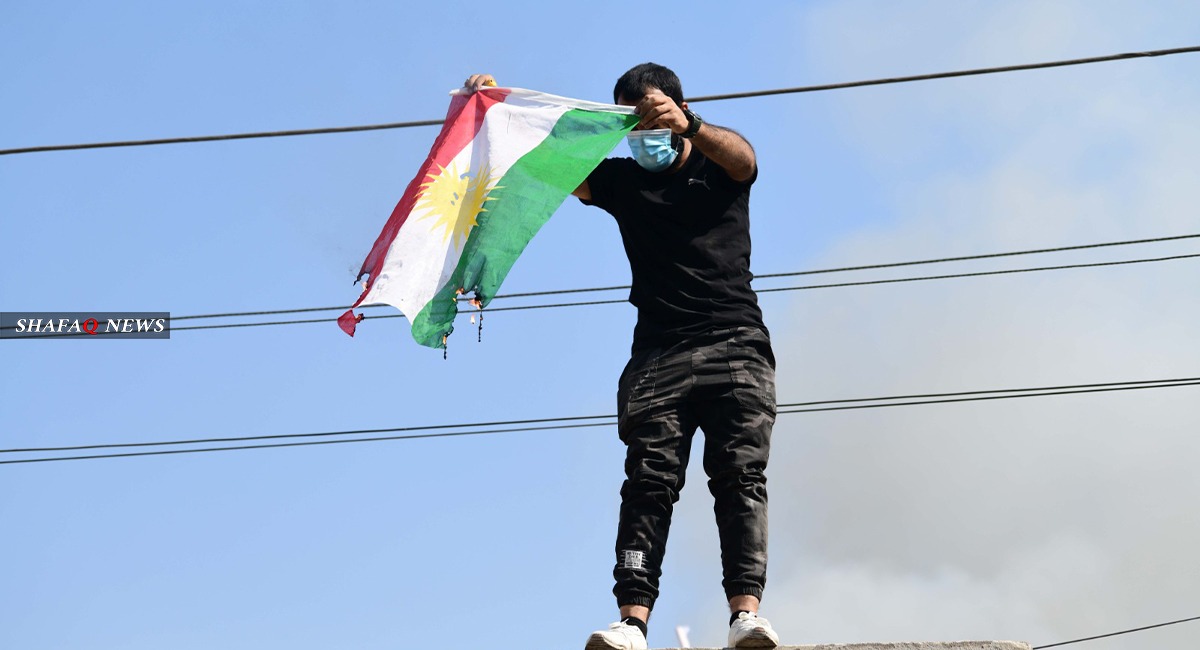 Shafaq News / Scores of protesters stormed this morning, the fifth branch of the Kurdistan Democratic Party, in the center of the capital, Baghdad, as videos rang out increasingly angry demonstrations over the recent statements of the leader of the party, Hoshyar Zebari.

Videos circulated on Social Media showed people in black clothes are gathering in the Karrada neighborhood in Baghdad near the Kurdish party headquarters, chanting slogans against Zebari's statements and supported to the Popular Mobilization forces (PMF).

The videos also showed the protestors removed the Party’s flag from its main flagpole and burned it, they also destroyed the contents of the headquarters while the security forces did not arrest any involved.

The first comment of the party is announced by the official in the fifth branch in Baghdad, Shwan Taha who told Shafaq News agency that “the Kurdistan Democratic Party will file a lawsuit against the federal government for not providing protection to the headquarters.”

Regarding the parties that stormed the branch’s headquarters, the party official mentioned that “Iraqi Shi'ite militants -Roubou Allah- group and PMF were the ones who participated in the demonstration,” adding, “But we wait the security services to conclude the results of the investigation.”

The leader added, "We condemn the burning of any headquarters, but it’s difficult to control the popular protests."

On the other hand, the Iraqi Forces Alliance and the Iraqi Nation Party condemned the attack.

The deputy head of the Iraqi Forces Bloc, Raad al-Dahlaki, told Shafaq News agency, "We condemn the incident in Baghdad, and resolving all disputes should be through the judiciary."

He added that “burning the headquarters of different parties and satellite channels may lead to the burning of government institutions and ministries, which indicates the absence of real state and shows no respect to the law."

For his part, the head of the Iraqi Nation Party, Mithal Al-Alusi, said in a statement, "We strongly condemn the terrorist attack by those who want to sow sectarian and national strife."

"The Iraqi government is now required to refer the criminals to justice and reject all forms of terrorism against citizens, state institutions, security and social peace," he added.