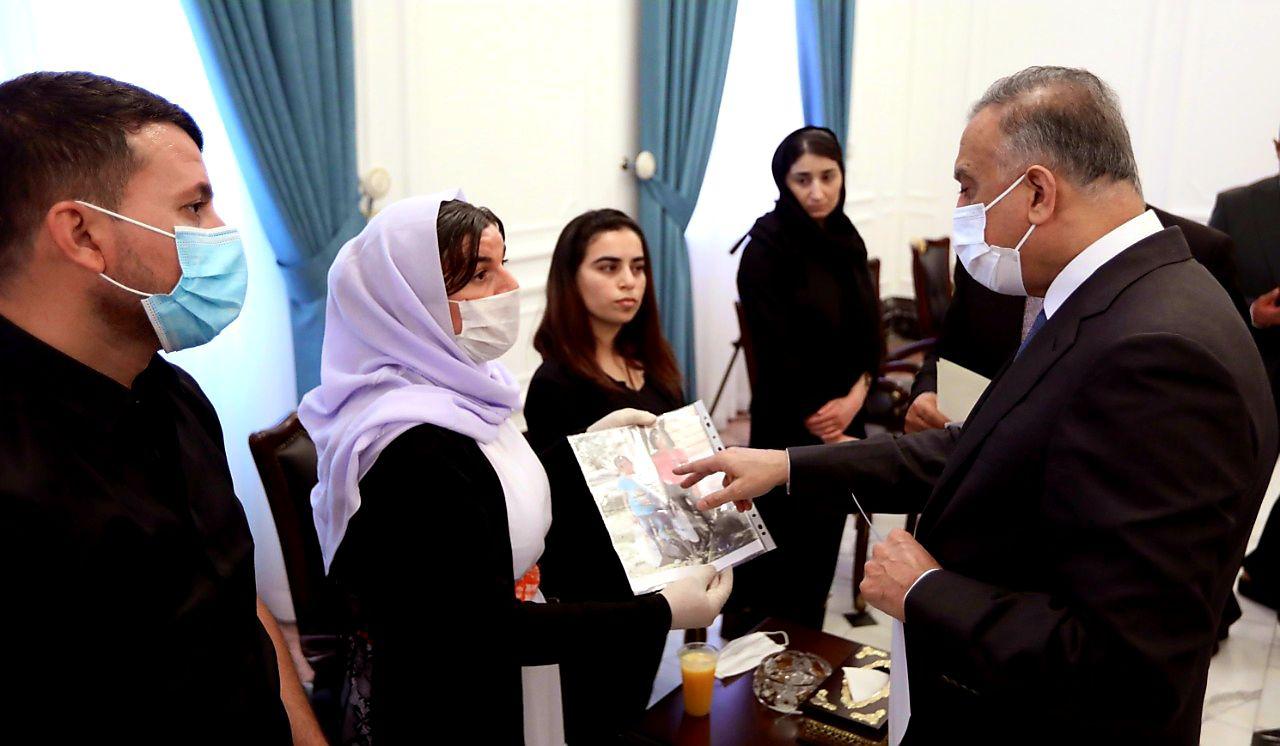 Shafaq News / The Iraqi Prime Minister, Mustafa Al-Kadhimi, pledged on Monday, to launch a serious search for missing Yazidi citizens and internationalize the efforts to return them to their families.

"The latter received a delegation of Yazidi survivors from the people of Sinjar district, the village of Kojo and the surrounding areas", Al-Kadhimi's office said in a statement received by Shafaq News agency. The PM recalled ISIS's brutal crime against the Yazidis on the third of August 2014 and the tough conditions they lived in after occupying their areas and villages.

Al-Kadhimi emphasized, "what happened to the Yazidis is an Iraqi pain that will never be repeated. It represents a heinous crime that attracted the attention and sympathy of world public opinion, just as the whole world stood with their cause for the horrors they were exposed to".

He stressed, "this crime must be alive for the future generations to reflect the brutality of ISIS gangs and the bravery of the security forces that conquered terrorism, liberated the land and preserved the unity and sovereignty of Iraq".

Al-Kadhimi addressed the Yazidi delegation, "Iraq is your country and the government is keen to take care of all the components of the Iraqi nation and protect their identity. Diversity in Iraq is an element of strength, not weakness".

He pledged to, "seriously search for the missing Yezidis and internationalize the effort to return them to their families", stressing that, "justice must take its course".

Today, 3rd of August, marks the sixth anniversary of ISIS attack on Sinjar district and the surrounding areas, and the genocide it committed against the Yazidi Kurds there.

Back then, the nations said that the organization committed genocide against Yezidis. According to Yazidi officials, ISIS killed 1293 people during the early days of Sinjar invasion, kidnapped 6 thousand Yazidis, including around 3,000 women and girls who were taken by the organization as a "Sabaya" of sexual slavery.

Although ISIS escaped the territories it controlled in Iraq, around 2,800 Yazidis are still missing.

Yazidis refuse to exchange a woman for a policeman

Despite the unrealized promises, IDPs consider participating in October elections