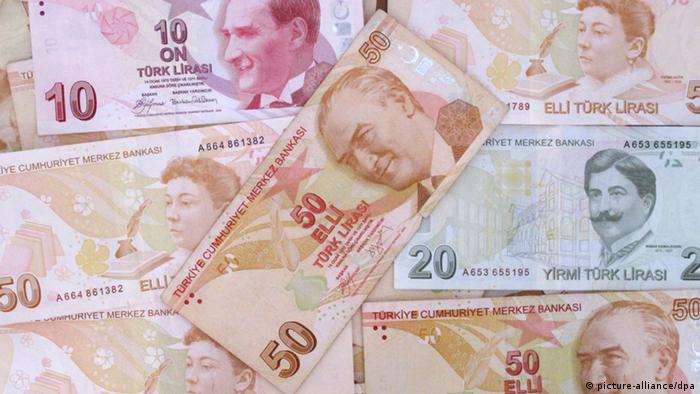 Shafaq News/ Turkey's lira slid as much as 4% before a partial recovery on Tuesday, after a roller-coaster day in which it hit all-time lows on concerns over President Tayyip Erdogan's risky new economic policy and prospects of another rate cut this week.

On Monday it crashed as much as 7% to a record near 15, before whip-sawing back after the central bank intervened for the fourth time in two weeks to prop up the ailing currency.

It has lost some 50% of its value so far this year over the central bank's aggressive monetary easing that has seen it slash interest rates by 400 basis points since September, as urged by Erdogan.

The bank is expected to cut rates again on Thursday, according to a Reuters poll.