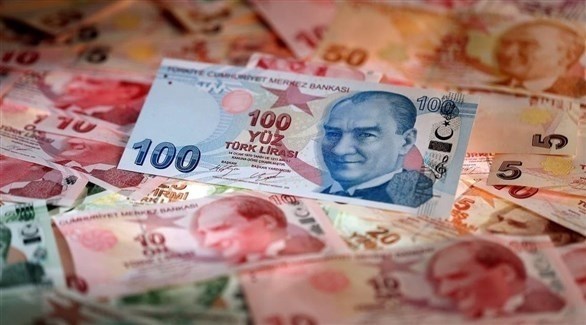 Shafaq News/ The Turkish lira slipped 0.8% on Monday and broke beyond 15 to the dollar for the first time since December last year, when a currency crisis sent it to record lows after a series of unorthodox interest rate cuts.

The emerging-market currency touched a low of 15.07, beyond levels reached in March when it was hit by worries about the war in Ukraine. The losses left it 12% weaker than at the end of 2021. It slid 44% last year.

After 500 basis points of cuts last year, the Turkish Central Bank (CBRT) held its policy rate at 14% for a fourth consecutive month in April. Pressure from President Tayyip Erdogan for easy policy suggests no change is imminent.

"The CBRT is unlikely to change its policy stance despite runaway inflation. We expect a gradual weakening of the TRY (lira)," Societe Generale said in a note.

On Dec. 20 last year, the lira hit a record 18.4, triggering state measures to underpin the lira through big forex market interventions and a scheme to protect lira deposits against depreciation.

The currency has been relatively stable for much of this year, but skidded in March when Russia invaded Ukraine. Western sanctions on Russia sent energy prices soaring, pushing up Turkey's already hefty import bill.

The crisis last year was triggered by an aggressive easing cycle that Erdogan sought despite rising inflation. That, along with war fallout, pushed inflation to 70% in April and widened the current account deficit.

"We see TRY's recent stability as inconsistent with the deterioration in its (current account) position and the depreciation pressures elsewhere," Wall Street bank JPMorgan said in a note at the end of last week.