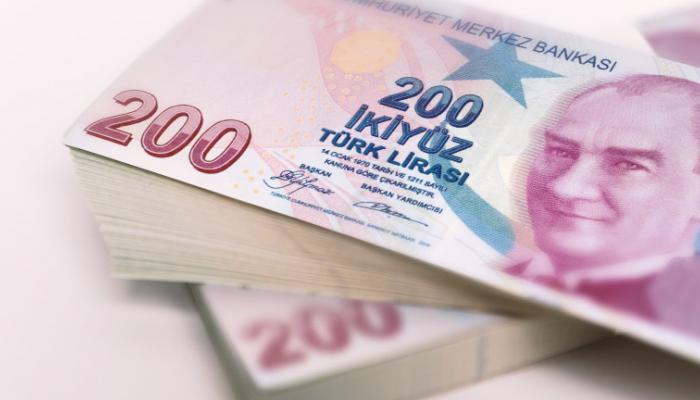 Shafaq News/ The Turkish lira edged to near record lows on Friday as concerns about President Tayyip Erdogan's low interest rate policy were fueled by a central bank survey showing one of the biggest monthly rises in inflation expectations on record.

The central bank's survey of market participants showed annual consumer price inflation was seen at 23.85% at the end of the year, up from a forecast of 19.31% a month earlier.

But Bluebay Asset Management's Tim Ash, a veteran Turkey watcher, said the figures were "a lagging indicator at the best of times. I would be surprised if end-year inflation is this low."

Despite its depleted reserves, the central bank intervened in the markets twice last week over what it called unhealthy prices, keeping the lira below 14 to the dollar.

Investors are concerned about recent aggressive monetary easing under which the central bank has slashed its policy rate by 400 basis points since September. Inflation jumped to a three-year high of 21.3% last month.

Erdogan has repeatedly advocated for the rate cuts as he promotes a new economic plan prioritising economic growth, production and exports, despite widespread criticism of the policy from economists.

He said after a cabinet meeting this week that financial market volatility will eventually stop, blaming price increases on greed and import prices. L8N2ST5A1

Data on Friday showed the unemployment rate fell 0.2 points in October to 11.2%, but a seasonally adjusted measure of labour underutilisation rose 1 percentage point to 22.8%.

The central bank's rate-setting meeting is on Dec. 16.

Moody's also said currency weakness had boosted dollarisation, though so far "confidence in the banking system remains strong with no signs of deposit withdrawals."

The latest central bank survey showed economic growth was seen at 9.9% this year and 4.1% next year.