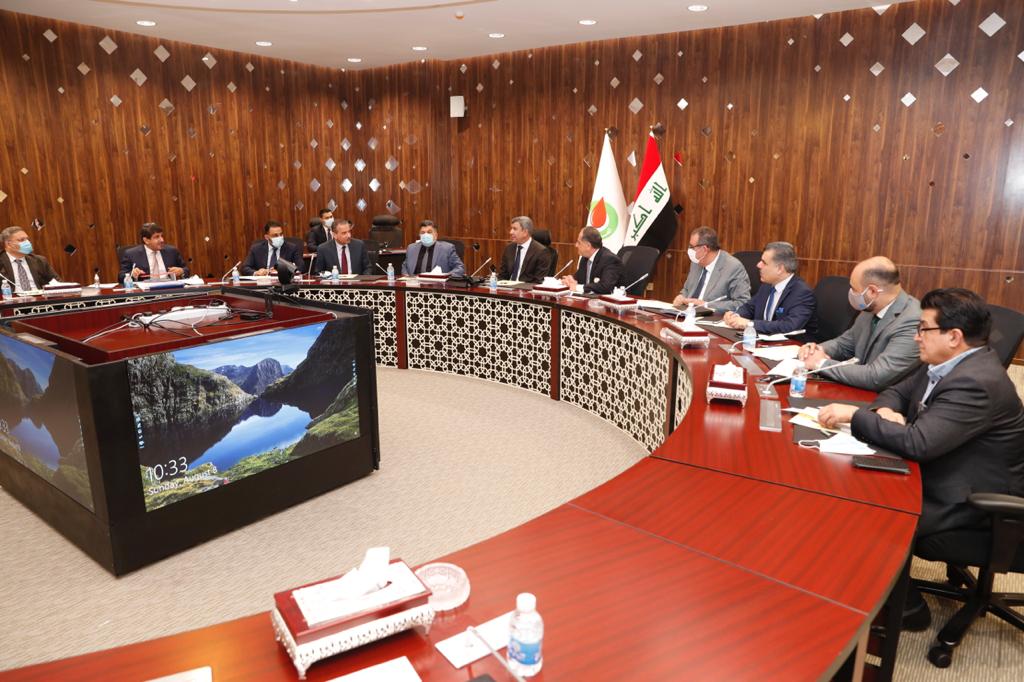 Shafaq News/ Iraq's Minister of Oil Ihsan Abdul-Jabbar commended the endeavors for extending outreaches with the Ministry of Nature Resources of Kurdistan, expressing his Ministry's willingness to eliminate the technical and financial hurdles to preserve the "National wealth" of the entire Iraqi nation as stipulated by the constitution.

Abdul-Jabbar's statements came during his meeting with Kurdistan's Minister of Natural Resources, Kamal Hamid Atroshi, according to a readout issued by the Iraqi Ministry of Oil.

Minister Abdul-Jabbar said that the Federal Government and the Iraqi Ministry of Oil seek high transparency regarding the management of Iraq's oil resources, laying emphasis on "dialogue" and "the ultimate national interests" in dealing with the issues of contention between both parties.

The Minister of Oil expressed his hope that the meetings and dialogues with the region, especially after the inauguration of Minister Atroshi, would open a new page of serious objective dialogue to solve outstanding problems and serve the Iraqi people from north to south in accordance with the constitutional and statutory provisions that organize the rights of the governorates and regions.

For his part, Minister Atroshi hoped that the cooperation between the Ministries would lay the ground for a breakthrough in the bilateral relations that leads to optimal utilization of Iraq's natural resources and establishing joint and integrated projects.

Atroshi hinted at an actual willingness from the Minister and senior officials in the Federal Ministry of Oil to address the unresolved issues and formulate new agreements to push forward the oil and gas industry, and ultimately, the national economy and sustainable development.

Al-Atrushi indicated that during the meeting with the Minister of Oil and officials in the ministry, he sensed great cooperation and response to discuss and solve all outstanding problems between the center and the region, as well as activating new formulas and agreements that guarantee cooperation to develop the oil and gas industry in support of the national economy and sustainable development.