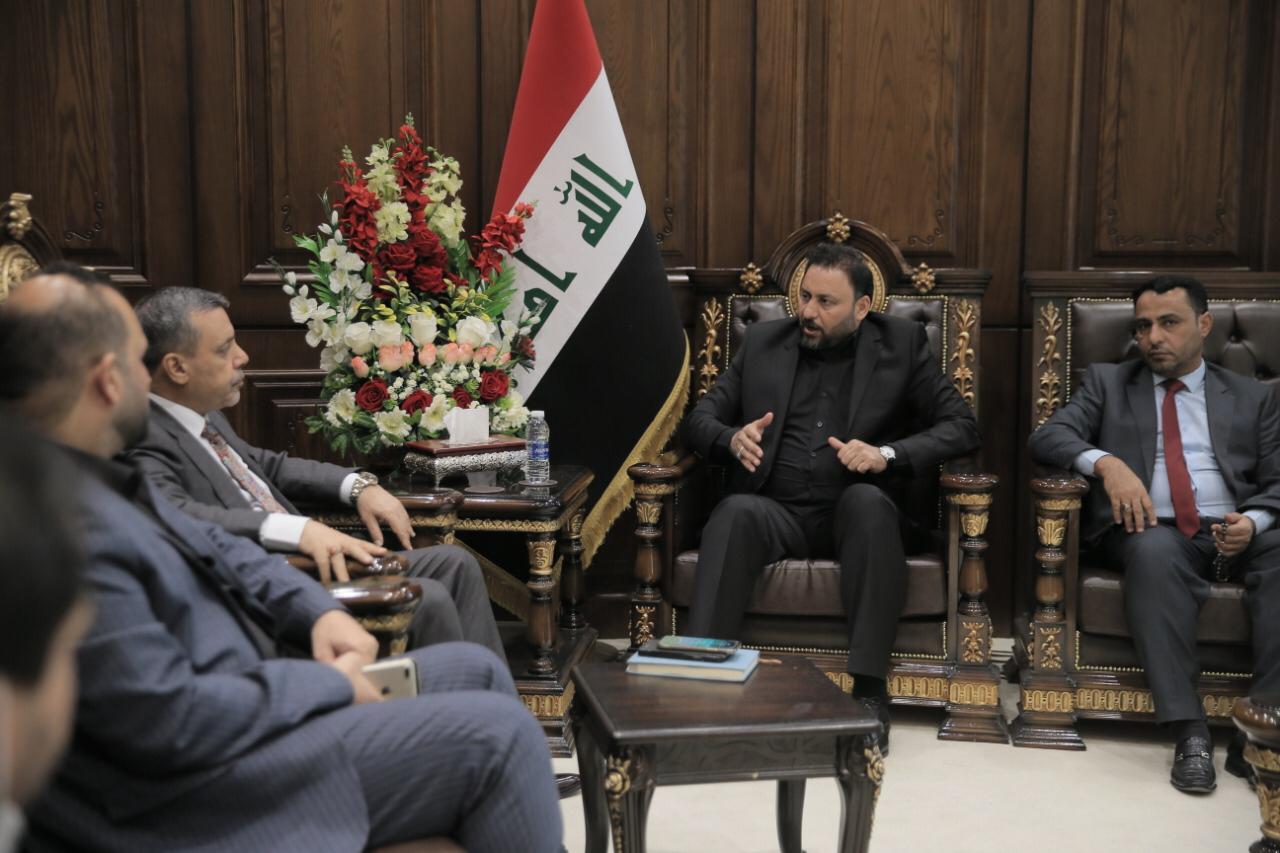 Shafaq News / The Presidency of the Iraqi Council of Representatives called today on the governor of Baghdad, to pay more attention to "the lung of the capital" and other faltering projects.

The office of the First Deputy Speaker, Hassan Karim Al-Kaabi, said in a statement received by Shafaq News agency, "The latter received in his office today, Monday, the governor of Baghdad, Muhammad Jaber Al-Atta, in the presence of several MPs, to discuss the most important problems the districts in the vicinity of the capital suffer from, including Sabaa Al Bour, Al-Taji, and Al-Nahrawan".

Al-Kaabi stressed, "the necessity to give the areas around the capital Baghdad full priority in terms of completing all the faltering projects, and focusing on investment and the private sector, to provide the best services to its residents who suffer from the lack of services", pointing that, "providing services to citizens is one of the core tasks of the administrative body. To accomplish these actions, especially at critical times, it takes bold, quick and exceptional decisions within the framework of the law".

Al-Kaabi called on the governor and all other concerned parties to intensify efforts to serve the districts and sub-districts located in the vicinity of the capital, which suffer from a great shortage of services, as they represent "the lungs of Baghdad, and taking care of them will positively affect the environmental, health and economic situation of all the people of Baghdad

The Ministry of Transport: these two projects can save Iraq