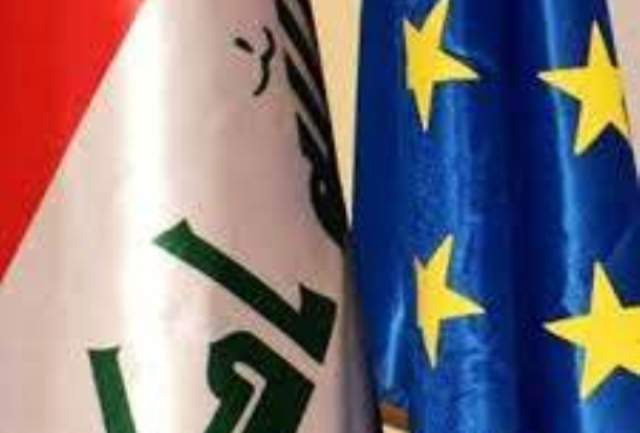 Shafaq News / Today, Sunday, the European Union signed a 90 million euros agreement with the Iraqi government to support socio-economic recovery and development and stability in Iraq.

This package is part of the wider European Union response, worth 159 million euros, which was announced in August 2020 to support Iraq in responding to the multiple problems affecting the country, especially the Covid-19 pandemic.

"The agreement includes ensuring more than 2,500 new job opportunities, providing services in different sectors, and reforming the social protection network, which will ensure the needs of the vulnerable population, at a value of 60 million euros," he added.

And he declared, "the rest, 30 million euros will be disbursed, to support transparency and credibility in the judiciary system," noting that "this package of aid also aims to help the Iraqi government restore confidence between the Iraqi citizen and state institutions."

It is noteworthy that the European Union has a long history of cooperation with Iraq. They worked together in the areas of political reform, security, education, energy and migration.

During the past years, the European Union committed to working with Iraq to achieve security in the country and the region, at the same time it supports human rights and universal values ​​such as democracy.

Also, The European Union has led international development and humanitarian efforts in addressing the crisis that Iraq is going through, in response to humanitarian needs and in support of stability and development in the country.

An alliance reveals political deals and attempts to change Al-Halbusi