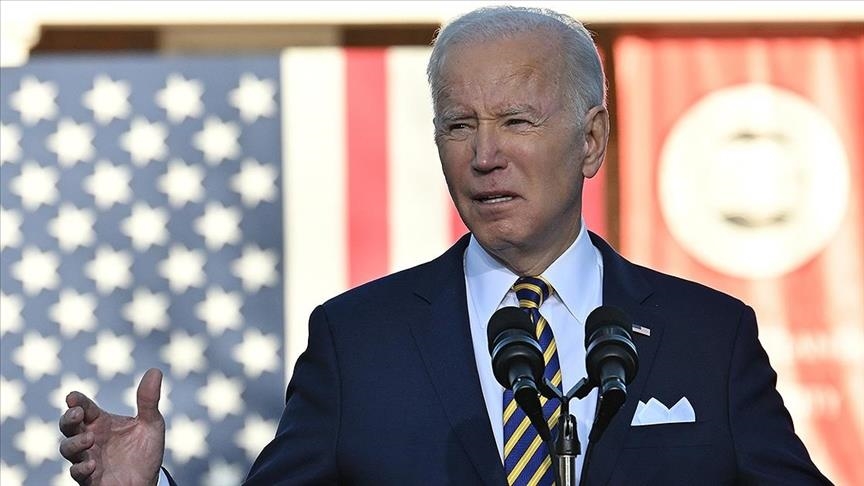 Shafaq News/ The U.S. president Joe Biden said that the United States and its allies will respond in a united and decisive way to "an unprovoked and unjustified attack by Russian military forces."

"The prayers of the entire world are with the people of Ukraine tonight as they suffer an unprovoked and unjustified attack by Russian military forces. President Putin has chosen a premeditated war that will bring a catastrophic loss of life and human suffering. Russia alone is responsible for the death and destruction this attack will bring, and the United States and its Allies and partners will respond in a united and decisive way. The world will hold Russia accountable." Biden said in a statement.

"I will be monitoring the situation from the White House this evening and will continue to get regular updates from my national security team. Tomorrow, I will meet with my G7 counterparts in the morning and then speak to the American people to announce the further consequences the United States and our Allies and partners will impose on Russia for this needless act of aggression against Ukraine and global peace and security. We will also coordinate with our NATO Allies to ensure a strong, united response that deters any aggression against the Alliance. Tonight, Jill and I are praying for the brave and proud people of Ukraine." He added.

Russian President Vladimir Putin on Thursday announced a military operation in Ukraine and warned other countries that any attempt to interfere with the Russian action would lead to "consequences you have never seen."

He said the attack was needed to protect civilians in eastern Ukraine — a claim the U.S. had predicted he would falsely make to justify an invasion.

In a televised address, Putin accused the U.S. and its allies of ignoring Russia's demand to prevent Ukraine from joining NATO and offer Moscow security guarantees. He said Russia doesn't intend to occupy Ukraine but will move to "demilitarize" it and bring those who committed crimes to justice.