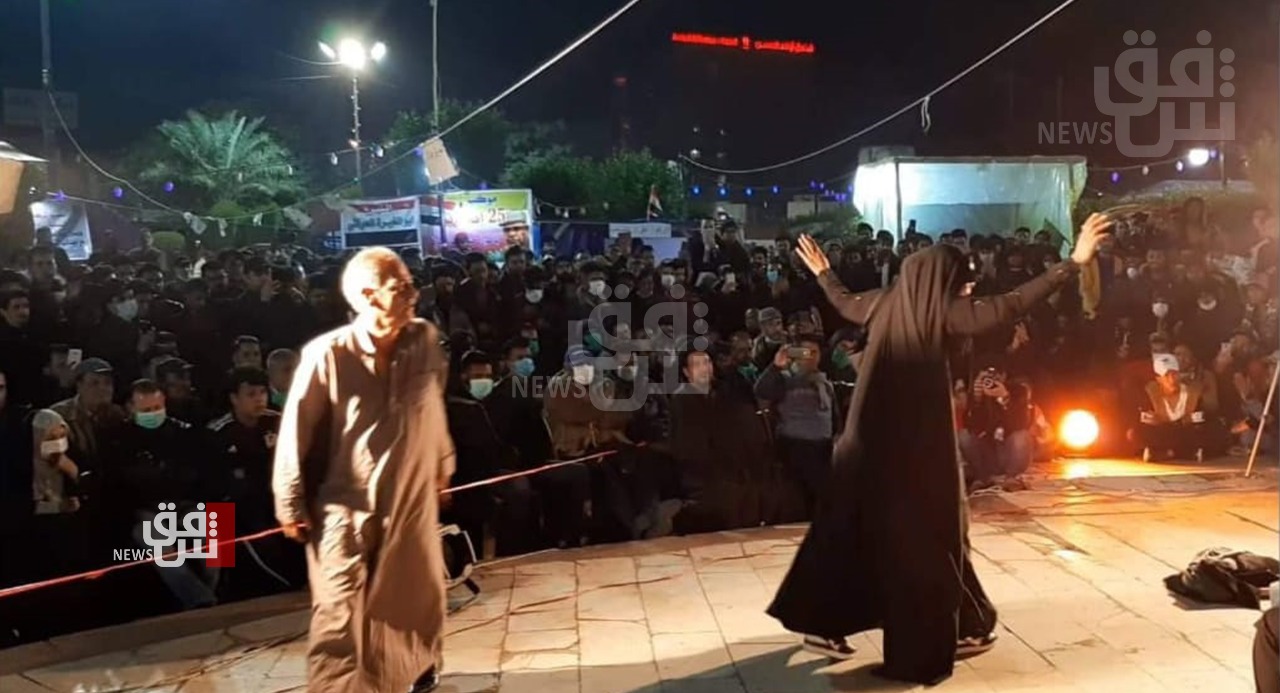 Shafaq News / The outbreak of the COVID-19 pandemic ha not only mutated new variants but has also transformed several concepts and terms on the ground and in the virtual reality, including art, that questions have recently been raised about the importance of this area, whether the term "art" is for "entertainment only" or not.

The pandemic forced artists to cancel their performances that had been hoped for over the past two years, for fear of spreading the virus.

This has had negative effects on artists, whose performances are a source of income. Also, large audiences were prevented from watching and enjoying works of art due to the pandemic.

Art is a message

"Spreading the message of art is important for all artistic audiences," said the playwright, Widad Hashem, "Art actively contributes to raising the most important national, social, artistic, and cultural issues at specific times, and addressing them artistically."

"The COVID-19 pandemic and the circumstances the people experienced for the second year in a row positively affected the treatment of a broad spectrum of mental disorders, conflicts, and mental distress," Hashem said, noting, "Many concepts have changed after the pandemic, and art became a way to emerging from the pandemic's repercussions, the negative effects it has had, and the imposed precautionary measures."

She continued, "We are still living in this situation, which has afflicted the whole world where theaters and cinemas are closed since the beginning of the pandemic. However, some bleak activities, concerts, festivals, and conferences are followed by people in their homes as a last resort to save the entertainment industry and circumvent the situation, considering the artistic professions as recreational professions."

Virtuality instead of reality

"Acting in the theater, where theatrical works and performances accommodate large numbers of audiences, fans, as well as playwrights," Hashem said, adding, "Those audiences are now behind phones or computer screens because festivals in most countries, including Iraq, have stopped."

"It is better to share works of art through social media platforms than to stop working completely. Many artists were affected by the lack of artistic movement during the pandemic period, which led them to show their activities through social media," Hashem added.

Theatre is a victim

"The closure has put the playwrights at a loss. They have no place to rehearse due to the closed theaters. Moreover, the pandemic is ever spreading, and there are signs of its long-term existence. Hence, the theatre is the first victim of this pandemic, for the halls are still closed and the actors are still in their homes, not on stage," Khammat added.

The Iraqi academic wondered, "Is there a sign of hope to end this pandemic? Some theaters in the Arab countries have taken strict measures on this issue, including Tunisia and Egypt, and have organized remote festivals and some direct events with very strict measures to have a reasonable number and very few audiences."

"States has taken these measures to ensure that theatrical events continue as part of temporary precautions to keep the theatre operating and restore it to normal in community communication with the public," Khammat said.

Citizens believe that the theater is the only outlet for Iraqi families, which they have been denied since the outbreak of COVID-19 in early 2020.

"During the pandemic period, everything changed, and the theater became a closed curtain. Nonetheless, the pandemic has changed everything, and the curtains still hide plays and scenes to watch behind their folds," Ali, a resident of Karbala Governorate, told Shafaq News agency.