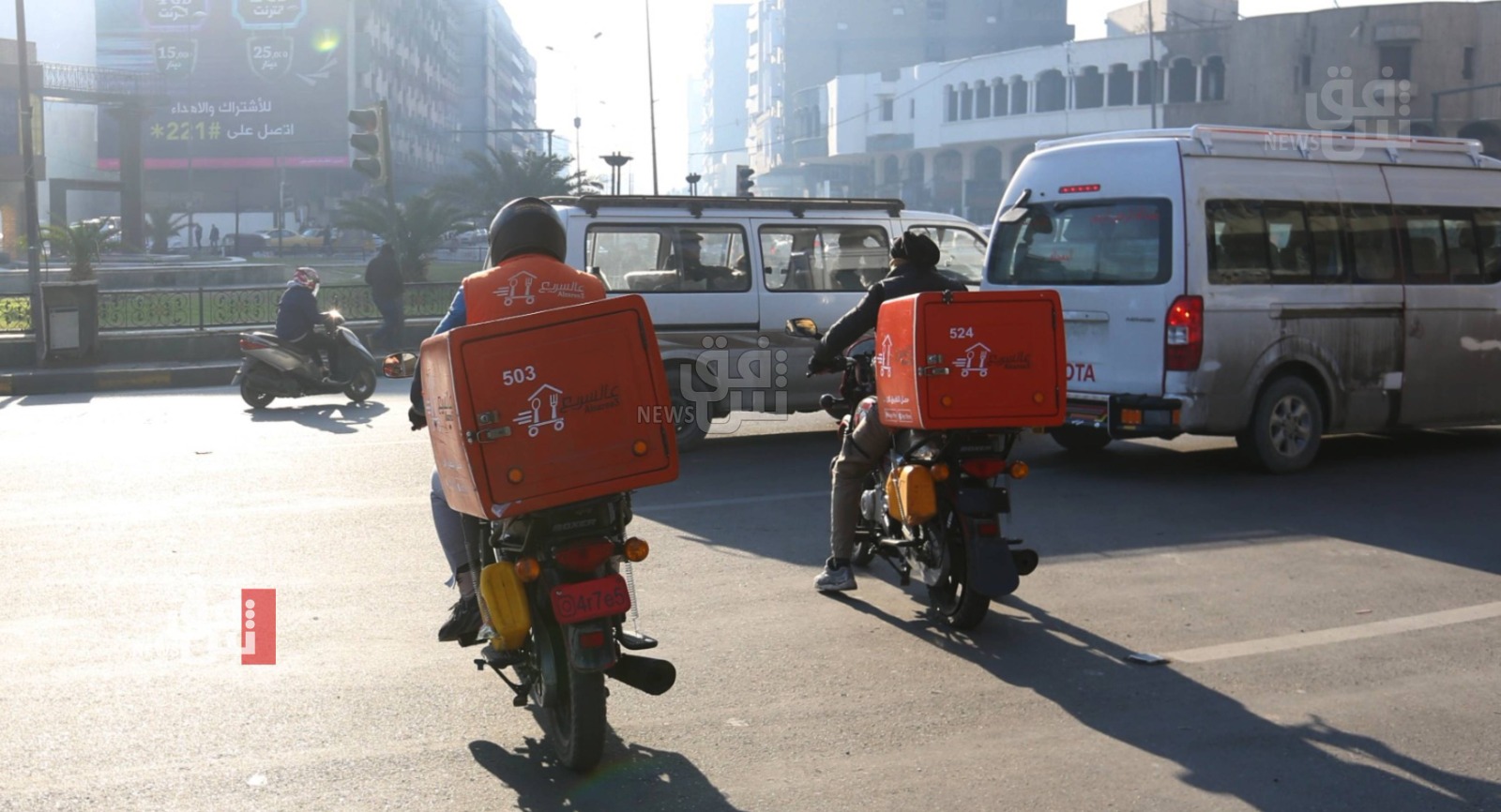 Shafaq News / The change in the Iraqi economic landscape after 2003 cast a shadow over all community activities, including shopping for goods, household necessities, and food, which created new jobs for the unemployed, who started providing delivery services that require nothing more than knowledge of shortcuts.

The success of a delivery service is measured by its ability to reach customers as soon as possible, so it makes no distinction between a graduate and an illiterate, a man and a woman.

"I convinced an owner of an electrical appliance store in the Karrada area to hire me, with a daily wage depending on the value of sales and the speed with which I deliver orders across Baghdad, to earn enough money that helps me provide for my family," Ahmed Sadiq, a 29-year-old law graduate, told Shafaq News agency.

"I had no choice but to work with a delivery team after realizing there were no government jobs, and the courts and real estate departments are packed with dozens of lawyers."

"The delivery profession requires nothing but mastering driving a car or riding a motorcycle, and being aware of the shortcuts to deliver orders in no time to the customer who, sometimes, tips the delivery worker."

Ghaith Salim, a 37-year-old delivery worker, explained, "I work at a well-known restaurant in central Baghdad. My job is considered challenging due to traffic congestion and tight security measures at checkpoints, which usually prohibit the passage of motorcycles after midnight, except for those with official authorization from the restaurant or party to which the delivery worker belongs; otherwise, they confiscate the motorcycle and detain the owner under the guise of security."

On the other hand, Om Nabaa said that her husband's disability made her start delivering various goods to customers scattered throughout the capital and transporting a group of children to a kindergarten near her home."

"Advertising had a significant role in attracting customers, necessitating a broker to ensure the quickest delivery of goods. As a result, delivery workers contributed to the market's prosperity and recovery."

"I charge 5,000 Iraqi dinars (approximately $3) for each item I deliver to a specific location or place."

Economic experts explained to Shafaq News agency that the growing number of people working in this profession proves its importance; It actually benefits all parties (the seller, the consumer, and the delivery worker) because it is not restricted by strict regulations, working hours, or crises.

"The lockdown imposed in the early days of COVID-19 was a solid proof of this profession's success and permanence, in addition to the fact that it was the savior for some who could not make ends meet due to disability or senility."

What’s Behind Moqtada al-Sadr’s Bid to Shake up Iraq’s Politics?