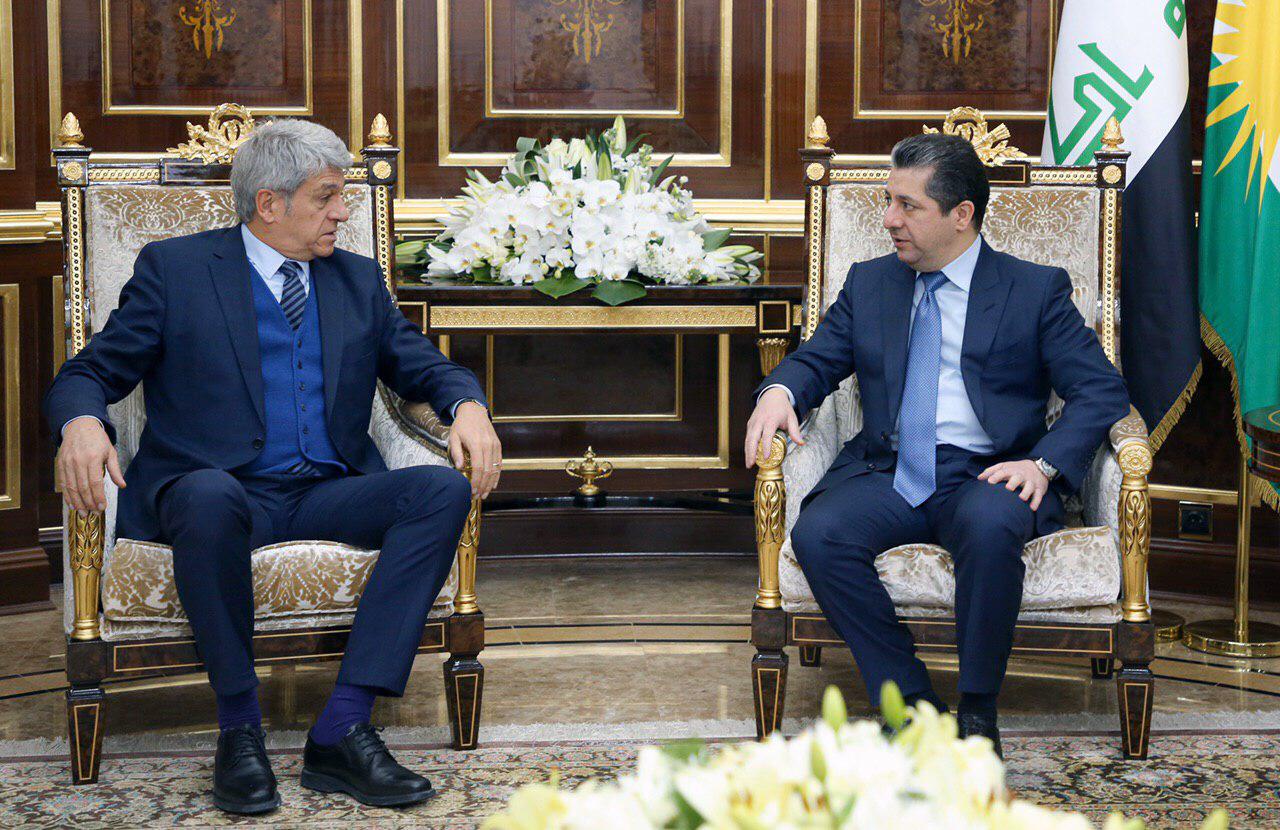 Shafaq News / The President of Kurdistan Regional Government, Masrour Barzani received at his office on Thursday, the French Ambassador to Iraq, Bruno Aubert.

A government statement stated that the meeting shed light on the latest developments in the situation in Iraq and the region in general, and ways to strengthen relations between Kurdistan Region and France.

The Prime Minister stressed the need to calm conditions and establish security in Iraq, saying, "We support a government that is committed to implementing the constitution and respects the agreements that we reached with the federal government in the recent period to resolve outstanding problems."

The French ambassador expressed his country's readiness to develop relations with Iraq and Kurdistan Region and support the Iraqi army and Peshmerga forces in combating terrorism, especially the threats of ISIS.

Peshmerga: ISIS collects royalties and sets up courts in areas witnessing a security vacuum in Iraq