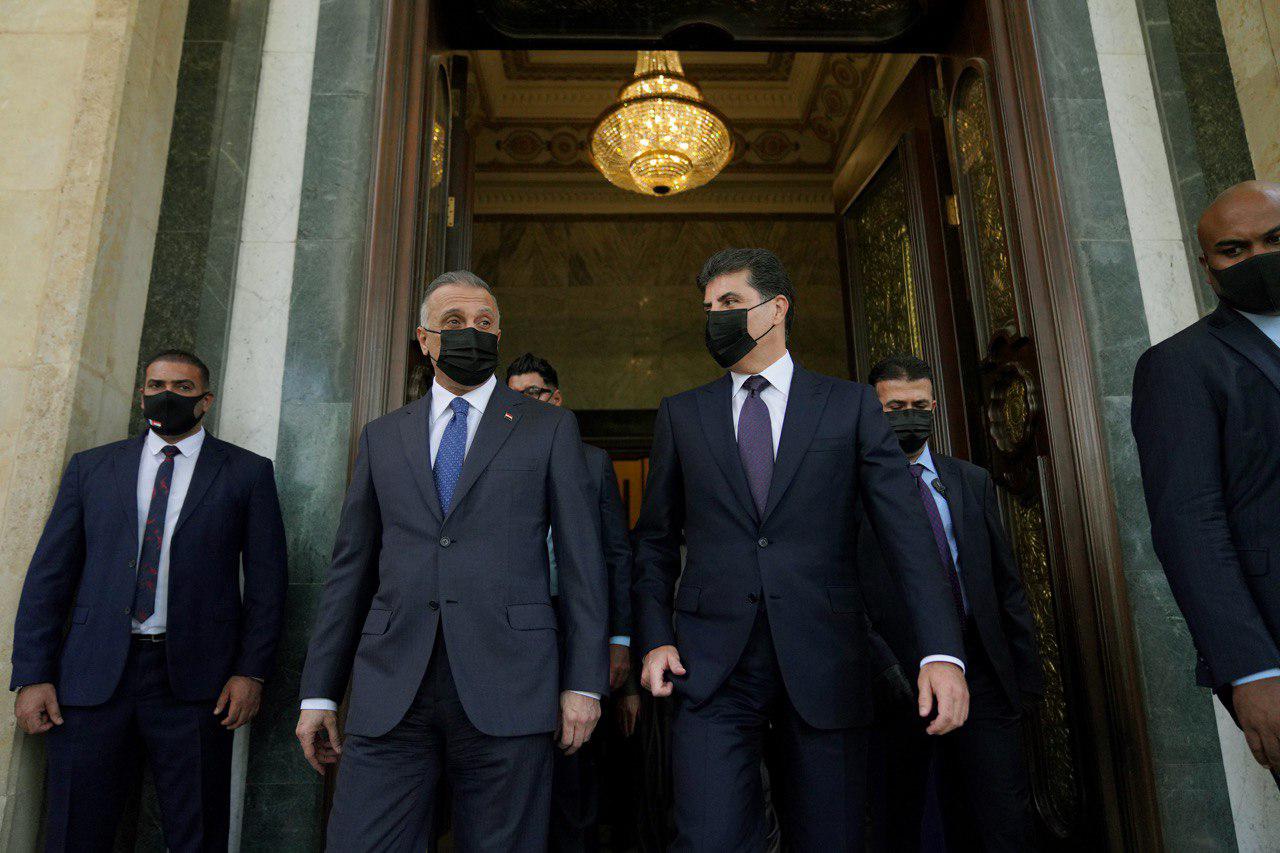 Upon his arrival, President Barzani and the accompanying delegation were received by the Prime Minister, Mustafa al-Kadhimi.

The two sides started a meeting to discuss the developments in the Iraqi arena.

The advisor to Barzani, Dilshad Shahab, said in a statement to Shafaq News Agency that Barzani will also meet with the President of the Republic, Barham Salih, the Parliament Speaker, Muhammad al-Halbousi, and the head of "Iraqiun" Alliance, Ammar al-Hakim.

"The President's will touch upon the developments in the Iraqi arena and the preparations for the legislative elections."

Barzani's visit coincides with the arrival of the Secretary-General of Arab League, Ahmed Aboul Gheit, to Baghdad.

President Barzani convenes with the Turkish Ambassador to Iraq