METRO calls on KRG to respond to the demonstrators' demands 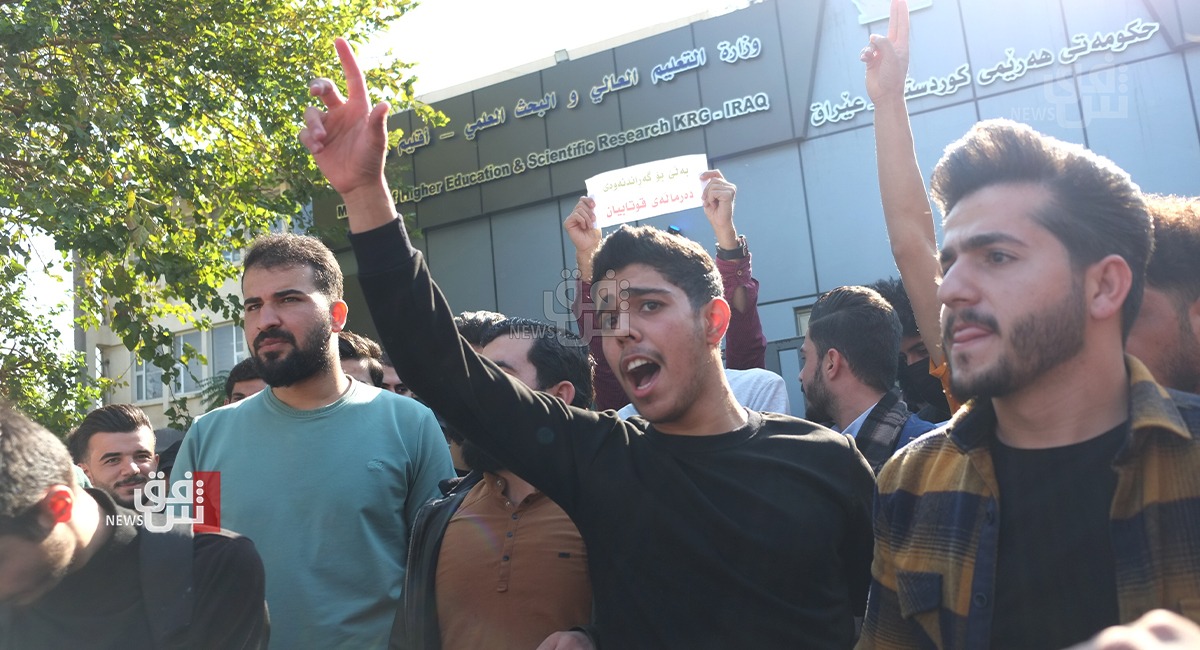 Shafak News/ The Metro Center for Journalists Rights and Advocacy called on the Kurdistan Regional Government to "immediately" respond to the peaceful protesters' demands.

The University students' peaceful protests are ongoing in the Kurdistan Region (Erbil, al-Sulaymaniyah, Chamchamal, Rania, Kalar, Halabja, Koy sanjaq, Khanaqin) for the third day in a row, demanding the improvement of their conditions and the disbursement of their financial grants.

Today morning, the students of Sulaymaniyah University closed the main door of the university before moving to the main street of the city, which links Sulaymaniyah with the cities of Kirkuk and Erbil.

The head of the Metro Center, Rahman Gharib, said, “We demand the Kurdistan Regional Government to respond immediately to the demands of peaceful protesters from university students in the Kurdistan Region, and to guarantee the citizens' right to demonstrate peacefully.”

Gharib indicated that some journalists had been harmed due to the usage of tear gas, and were harassed and prevented from covering the event.

Yesterday, the Center said that the security forces' violence against journalists and demonstrators in the Kurdistan Region is what creates chaos, and not the peaceful university students.

The center said in a statement, "Most cities in the Kurdistan Region witnessed today, Monday, gatherings of students in universities and institutes to demand their basic rights."

"Students gathered in front of al-Sulaymaniyah University and blocked the main street, demanding their financial dues, and although they did not receive any official assurances about their demands, the security forces used electric sticks and tear gas against them, harming students and journalists."

The center indicated that its representative in the protests confirmed that some demonstrators were injured, and journalists were prevented from covering the event.

Earlier today, students at al-Sulaymaniyah University blocked a main road that links the governorate with the Iraqi capital, Baghdad, as demonstrations continue near the University headquarters downtown the city.

Shafaq News Agency correspondent said that the demonstrators blocked the Chemchemal main road that leads to Baghdad through Kirkuk.

Scores were injured in the clashes between the law enforcement and university students demanding improved grants in al-Sulaymaniyah earlier today, Monday.