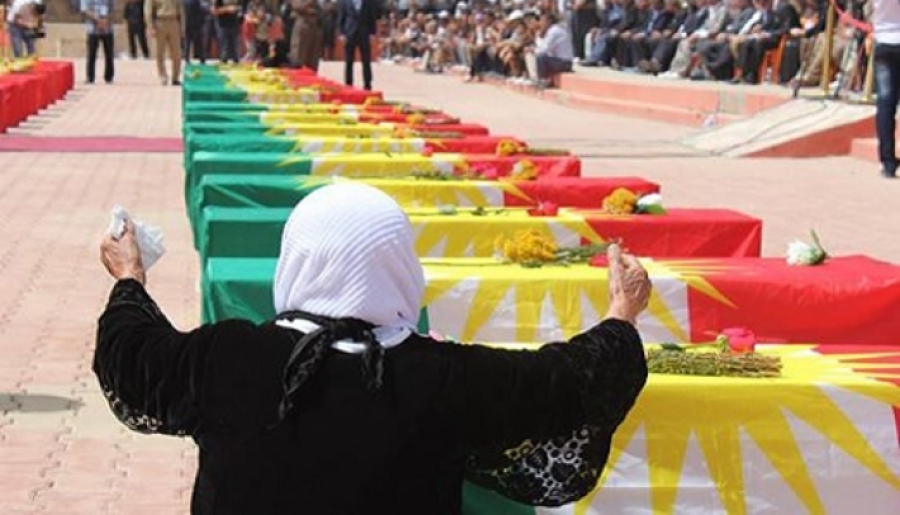 Shafaq News / the President of Kurdistan Region and its government recalled today, Friday, the 37th anniversary of the genocide campaigns committed by the Baathist regime against the Barzani Kurds.

On July 31, 1983, Saddam Hussein's regime launched the Anfal campaign, during which 8,000 citizens from Barzan region were arrested, transported to southern Iraq's deserts and killed and buried in mass graves.

This campaign expanded towards other regions in Kurdistan, resulting in the death of at least 180,000 citizens, including children, women and elderly people, as well as the displacement of hundreds of thousands of others.

In a statement, the President of Kurdistan region, Nechirvan Barzani, said, "

On this day, eight thousand Barzani citizens were killed, after being taken for ten days from different cities of the region to be exterminated in the desert of southern Iraq", said a statement to the region's president, Nechirvan Barzani

For his part, the head of the regional government (KRG), Masrour Barzani, said that the victims were buried alive and brutally exterminated in mass graves, for only being Kurd.

The President of (KRG) affirmed his government's commitment to take care of the families of the martyrs and will continue at the same time its endeavors with the Federal Government in this regard, stressing the need to compensate Anfal families in Kurdistan, morally and financially.

On May 3, 2011, the Iraqi High Criminal Court considered the Anfal campaign "a genocide and a crime against humanity".

It is noteworthy that in 1983, an uprising erupted in Kurdistan region against the rule of Saddam. As a response, the latter launched the Anfal campaign.

Saddam entrusted the leadership of the campaign to the Secretary-General of the North in the Arab Socialist Ba'ath Party, Lieutenant General Ali Hassan al-Majid al-Tikriti, who, on 16 March 1988, launched an aerial and artillery bombardment with chemical bombs on Halabja and its surrounding villages.

After 2003, the pillars of the former regime were arrested and a number of them, including Saddam Hussein, were convicted in the "Anfal" case. Some of them were sentenced to death, including Ali Hassan al-Majid.