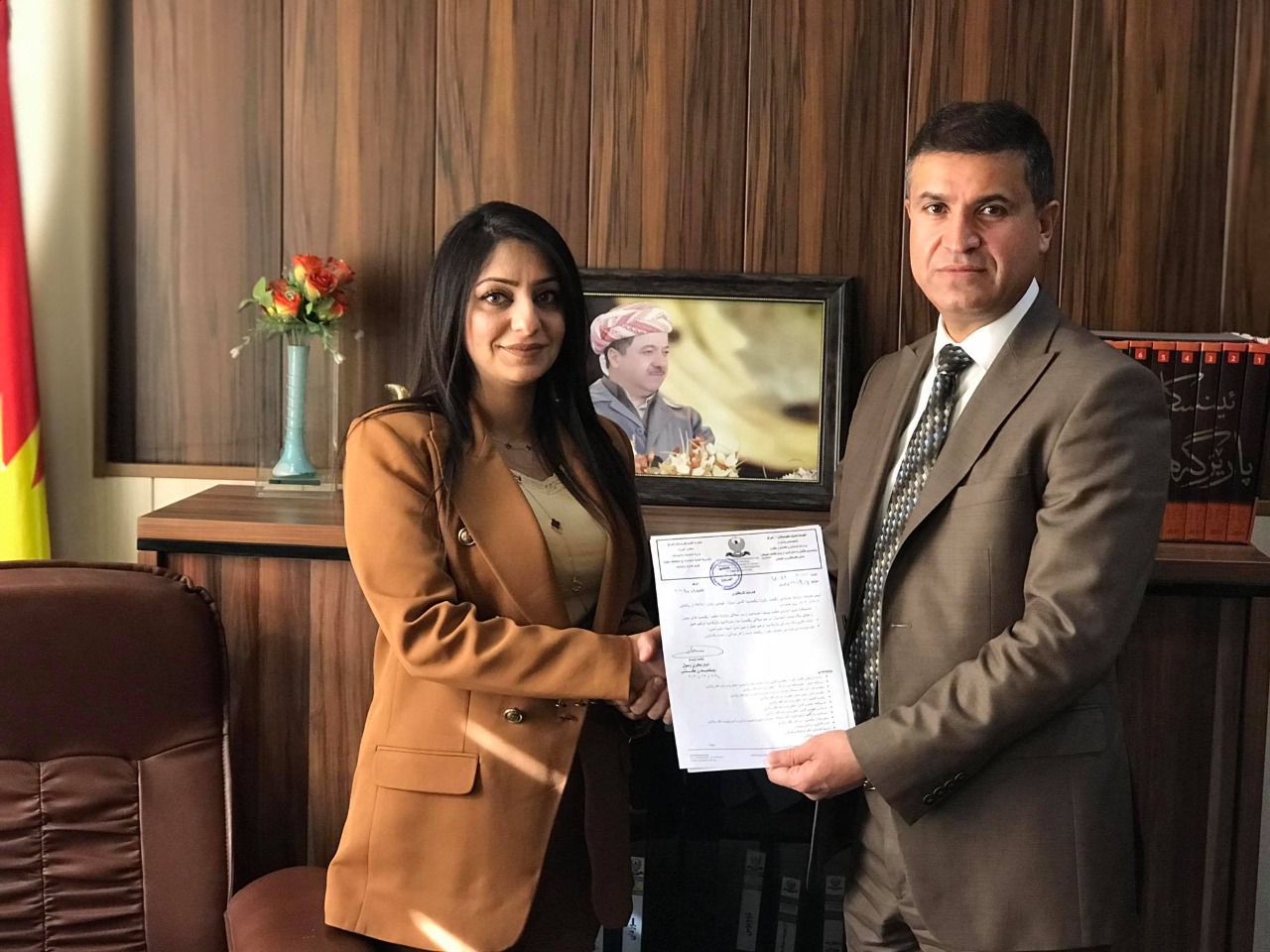 Shafaq News / Duhok municipality appointed, on Thursday, a Christian woman, as the director of the municipality of Ibrahim al-Khalil, in Zakho district.

Marilyn Hikmat Yousef is a resident of the Fishkhabour district of Zakho, born in 1989, and she was the head of the engineering department in the Zakho Traffic Department.

Earlier, the governor of Duhok, Ali Tatar expressed his support to assume women in new positions in the governorate.

Tatar said in a press conference; “from now on a woman can assume high ranking post such as a director of a sub-district and a general director.

He added that the Kurdistan Regional Government stand beside the women to achieve their social role and will work hard to inhibit violence against them.