Barzani-Tueller: Terrorism and ISIS are still serious and real dangers in Iraq 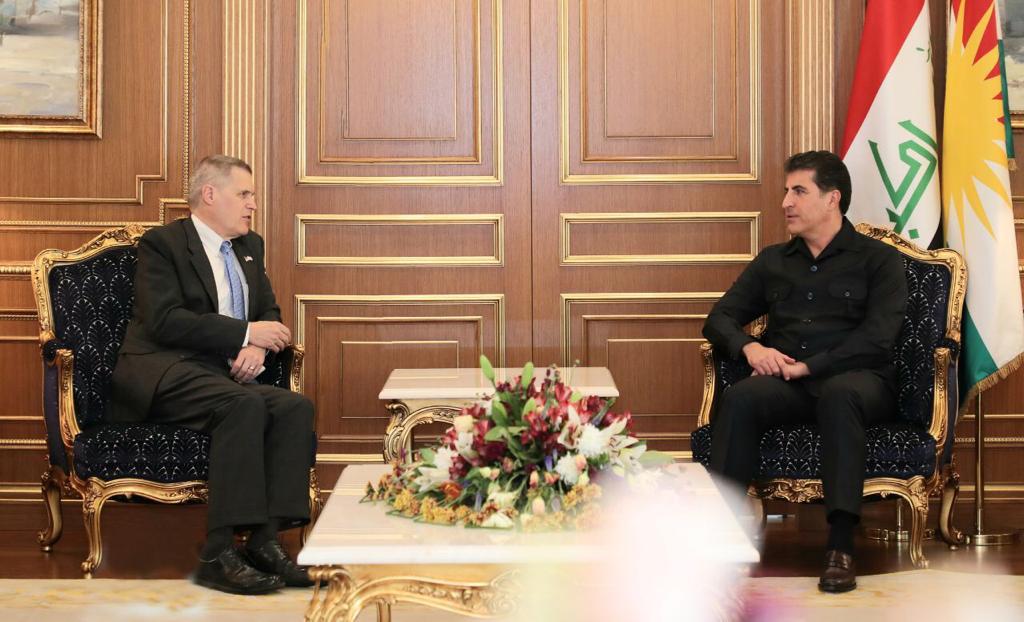 A statement by the Kurdish Presidency said Barzani received, on Monday, the US ambassador to Baghdad, Matthew Tueller, and discussed the situation in Iraq, the Kurdistan Region, and the Middle East, relations between the two sides, the dangers of terrorism and ISIS threats, the early Iraqi elections, the role and policies of the new U.S. administration in Iraq and the Middle East, and other issues of common interests.

The statement added that Barzani described the American commitment to continuing its cooperation and participation with the Global Coalition in Iraq as an “important message that provides reassurance,” expressing Kurdistan’s desire for more development in relations with the United States.

For his part, the US ambassador reiterated that United States will continue to “participate and cooperate with the Global Coalition and friends of Iraq and the Region,” indicating that he agreed with Barzani that “terrorism and ISIS are still serious and real dangers, and that cooperation and coordination, to address them is necessary.”

The statement noted that, Ambassador Tueller expressed pleasure for graduating another batch at the American University of Kurdistan in Duhok and stressing his country's support for the reform process in the Ministry of Peshmerga.

President Nechirvan Barzani meets with the Italian Minister of Defense