Barham Salih hosts a delegation from Kurdistan's Ministry of Agriculture 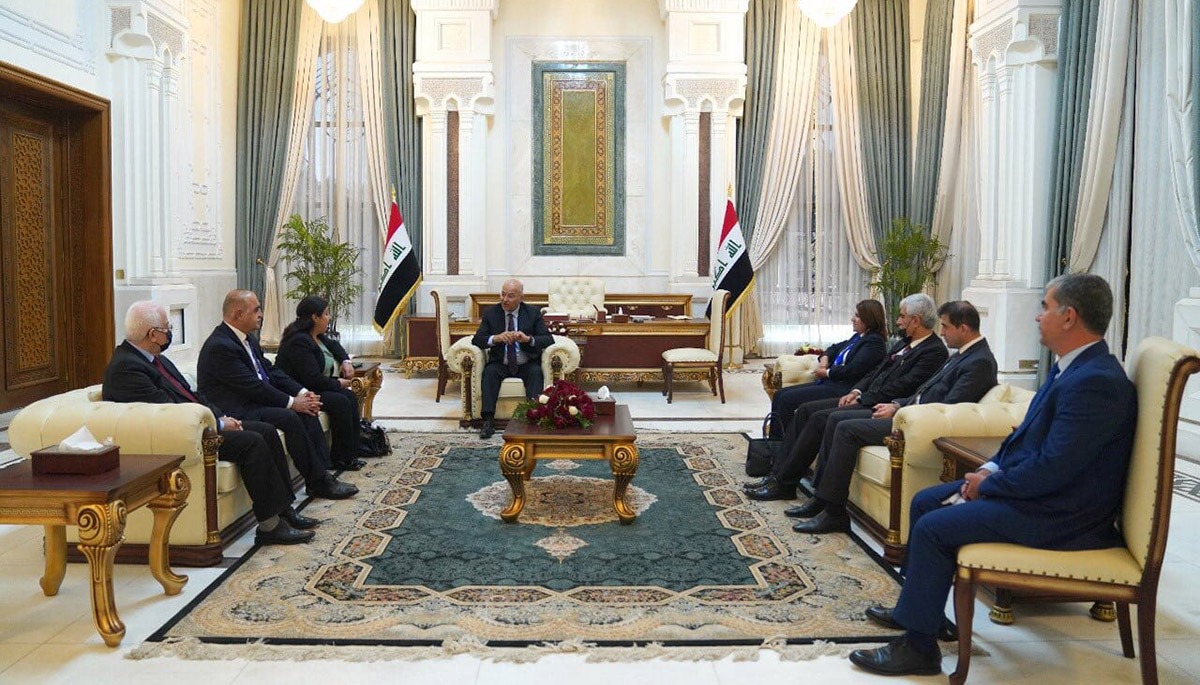 Shafaq News/ A high-level delegation from the Ministry of Agriculture and Water Resources in Kurdistan Region, headed by Minister Begard Talabani, accompanied by the regional government representative in Baghdad, Faris Issa, and the Deputy Chairman of the Agriculture and Water Resources Committee in the Iraqi Parliament, MP Muhammad Amin Faris, met with the President of the Republic, Barham Salih.

Minister Talabani said in a statement today, Wednesday, that visit is to address the differences between Baghdad and Erbil, especially in the agricultural and water sector.

For his part, the President of the Republic expressed his happiness with the visit, promising to meet the demands of the visiting delegation.

Yesterday, the region’s delegation visited the Iraqi Parliament and held a meeting with the Agriculture and Water Committee, during which it discussed issues related to the agricultural and livestock sector.