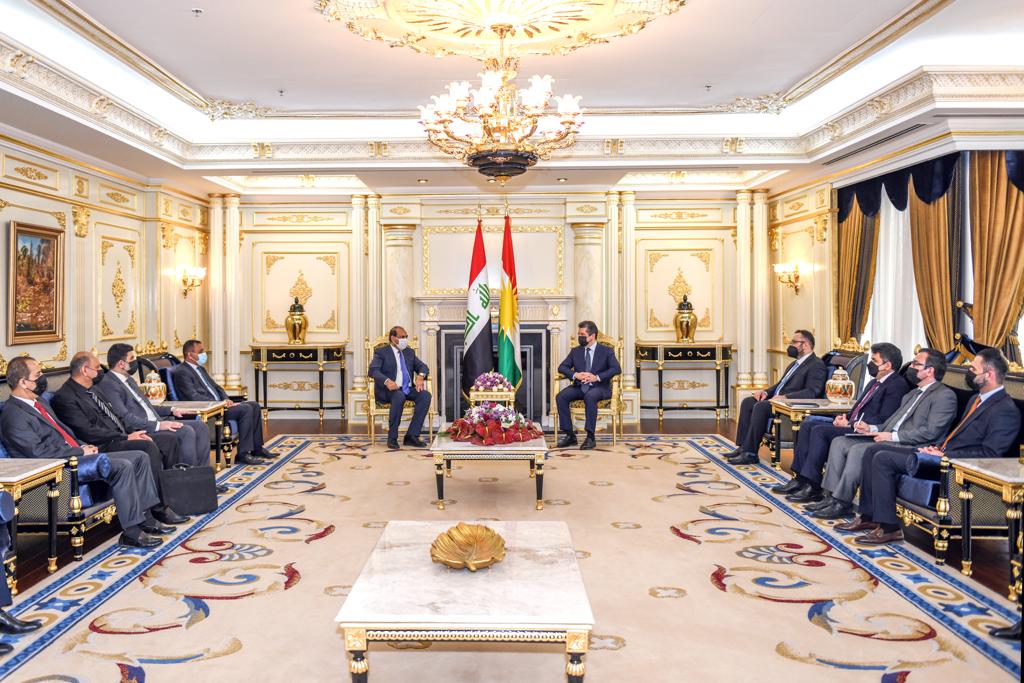 A readout issued by his bureau, PM Barzani discussed with his guest plans for railway connection of the Iraqi governorates with the govenorates of the Kurdistan region and neighboring countries.

The meeting contemplated the advantages of boosting internal flights on tourism, trade, industry, and infrastructure.

In 2013, China launched its Belt and Road Initiative (BRI) to boost trade links with the rest of the world and has been spending heavily on the development of infrastructure in dozens of countries around the world.

Iraq was the top target for China's Belt & Road infrastructure initiative in 2021, receiving $10.5 billion in financing for projects including a heavy oil power plant.

In total, China's engagement through investments and contractual cooperation across the 144 Belt & Road Initiative (BRI) countries was $59.5 billion, in line with the $60.5 billion in 2020.

However, in Arab and Middle Eastern countries, investment last year rose by about 360% and construction engagement by 116% compared to 2020, the study said.

Iraq, where the United States ended its combat mission last year, has become the third-biggest partner in BRI for energy engagement since 2013, after Pakistan and Russia, the study said.

China and Iraq are cooperating to build the $5 billion Al-Khairat heavy oil power plant in Karbala and China's Sinopec has won the contract to develop Iraq's Mansuriya gas field near the Iranian border. The two countries are also cooperating on an airport, solar and other projects.

Green energy finance and investment edged up to $6.3 billion compared with $6.2 billion in 2020, and China did not engage in coal projects in 2021, in line with President Xi Jinping's pledge not to build coal-fired plants overseas.

For 2022, the researchers expect an acceleration of green projects, in line with government guidelines, although oil-related finance and investment under BRI surged to $6.4 billion in 2021 from $1.9 billion in 2020.

The Fudan University researchers expect Chinese BRI engagement to decline, citing China's five-year plan for 2021-2025 to invest $550 billion abroad including non-BRI countries, down 25% from $740 billion in the 2016-2020 period.

Chinese BRI engagement declined by 48% in 2021 from pre-pandemic levels, the researchers noted.

After Iraq, Serbia, and Indonesia were the top targets for BRI construction engagement.