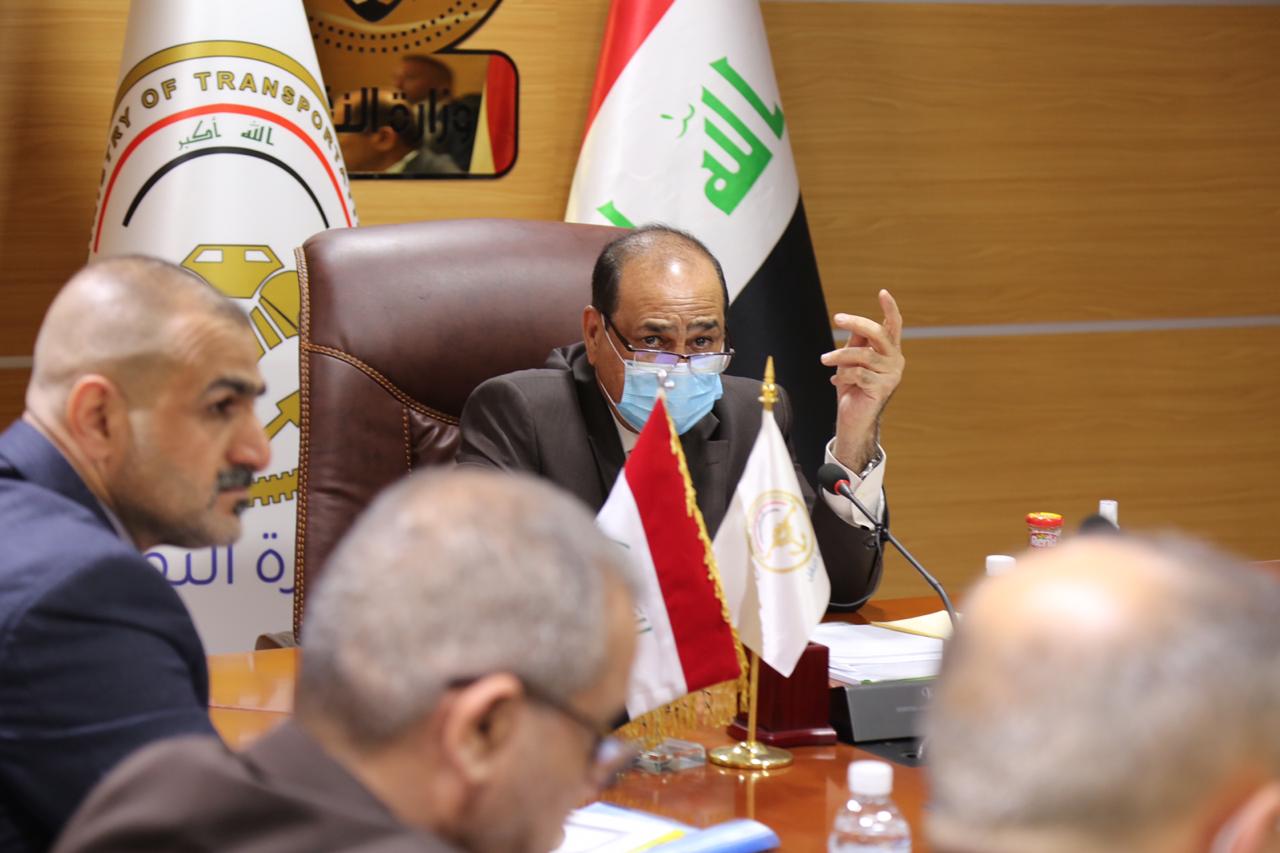 The media office of the Ministry said in a statement received by Shafaq News agency, "The Minister of Transport, Captain Nasser Hussein Bandar Al-Shibli, headed a meeting of the Presidential Order Committee in the presence of representatives of the Ministries of Foreign Affairs and Finance and the Central Bank of Iraq."

"The meeting held discussions on the legislation of the law that regulates Iraq's access to the Asian Infrastructure Investment Bank, updates on the negotiations with the Turkish side on the passage of the goods imported via the Iraqi ports through Turkish territory to Europe, given that the agreement includes facilitating transit procedures and opening more than one border crossing."

Al-Shibli directed, "preparing an economic feasibility study to determine the capacity of al-Faw port to receive goods and containers imported from China, which would run via the Iraqi dry canal and reach European markets t through Turkish territory."