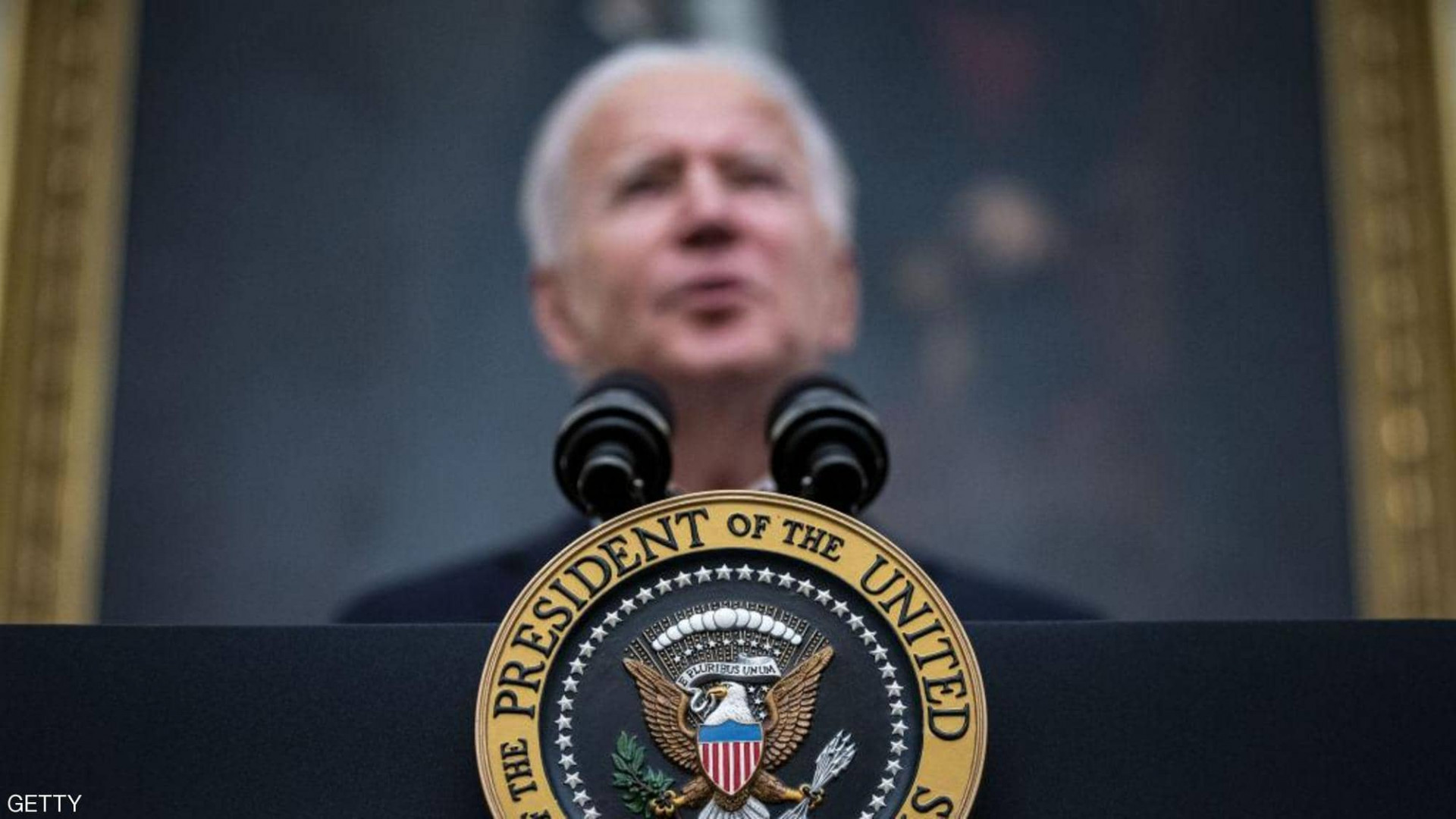 Shafaq News / In a report, "Politico" magazine said that President Joe Biden is "tired of dealing with the Middle East, and barely a month into his tenure, the region has noticed."

The reports added, "The signals are not meant to be subtle, his advisers say. The president has made only one call to a head of state in the Middle East — Israeli Prime Minister Benjamin Netanyahu on Wednesday — which itself was delayed by more than three weeks and followed calls to other allies and even adversaries like Russia and China. He announced an end to U.S. support for Saudi-led operations in Yemen in his first two weeks in office, a move preceded by a freeze on some arms sales to the region. And his administration has deliberately taken a back seat in responding to a recent deadly rocket attack in northern Iraq that targeted the U.S.-led coalition."

“If you are going to list the regions Biden sees as a priority, the Middle East is not in the top three,” said a former senior national security official and close Biden adviser. “It’s Asia-Pacific, then Europe, and then the Western Hemisphere. And that reflects a bipartisan consensus that the issues demanding our attention have changed as great power competition [with China and Russia] is resurgent.”

Another informal Biden adviser put it more bluntly: “They are just being extremely purposeful to not get dragged into the Middle East.”

The shift in energy and resources away from the region reflects what advisers have described as a deliberate effort to prioritize what they view as more pressing global matters. It’s an approach Biden’s immediate predecessors tried themselves, often unsuccessfully. And at its heart is a sense of exasperation that U.S. foreign policy frequently becomes overwhelmed by quagmires in the Gulf.

That’s particularly true for Biden. The president has a long and tortured history in the Middle East. He voted against the first Iraq War in 1991, which the U.S. quickly won. As chair of the powerful Senate Foreign Relations Committee, he pushed for the congressional resolution authorizing President George W. Bush to invade Iraq in 2003 — a vote he has said he regrets.

In 2007, while running for president, Biden proposed a plan that would partition Iraq into three semiautonomous regions held by the Shias, Sunnis and Kurds. It was widely panned by Middle East experts and foreign policy analysts who said it could lead to more bloodshed.

After years shuttling back and forth between Washington and the Middle East — handling the Iraq portfolio for President Barack Obama, waging a lonely battle to prevent a planned U.S. troop surge to Afghanistan, dealing with the Syrian civil war, and reckoning with the rise of ISIS — Biden lashed out at allies in 2014, blaming them for the terrorist group’s ascent and laying bare his general frustrations with the region.

"The Turks … the Saudis, the Emirates, etc., what were they doing?” he told Harvard students during a talk that fall. “They were so determined to take down [Syrian President Bashar] Assad and essentially have a proxy Sunni-Shia war, what did they do? They poured hundreds of millions of dollars and tens, thousands of tons of weapons into anyone who would fight against Assad.”

Now president, Biden will have to tackle some of those thorny issues that vexed him a decade ago.

He has given few indications so far about whether he will complete the U.S. withdrawal from Afghanistan, which is planned for May under a peace deal the Trump administration made with the Taliban.

Though Biden memorably opposed any increase in U.S. troop levels in the country while serving as vice president, his newly minted defense secretary, Lloyd Austin, gave the slightest hint that the U.S. drawdown may not continue as planned in remarks during a meeting this week of the NATO defense ministers. The Pentagon, Austin said, would not “undertake a hasty or disorderly withdrawal,” according to a readout provided by the Pentagon. The U.S. currently has just 2,500 troops there, but Pentagon officials have indicated violence remains too high to justify going to zero.

As by the Magazine, Austin has seemed keen on not getting bogged down in the Middle East either. He recently kicked off a review of U.S. troop deployments worldwide that is expected to reassess the U.S. military presence in the Gulf but is unlikely to reduce the U.S. troop presence in the Asia-Pacific region, a senior administration official said last week.

Austin also indicated the Middle East was not one of his top priorities when he installed three special advisers on key issues: China, Covid and climate. His deputy, Kathleen Hicks, and his chief of staff, Kelly Magsamen, are both noted China experts.

The Pentagon is not the only place where personnel is offering hints about a new set of priorities. Over at the National Security Council, national security adviser Jake Sullivan has downsized the team devoted to the Middle East and bulked up the unit that coordinates U.S. policy toward the Indo-Pacific region. And the potential appointment of a Bernie Sanders adviser, Matt Duss, to a high-level position at the State Department has also raised suspicions that the administration is not overly concerned with traditional domestic politics around Middle East policy.

One close Biden adviser said he opposed the appointment, arguing that Duss and other progressives were too willing to forgo assertive U.S. leadership and placate U.S. adversaries like Iran, Syria, and Russia in the name of deescalation. But Rep. Tom Malinowski (D-N.J.), who served as assistant secretary of State for democracy, human rights and labor in the Obama administration, said those concerns are overblown.

Biden “wants folks in this administration who represent different strains of thought within the broad democratic party coalition,” he said. “It doesn’t change the commitments he has made or the convictions that define him, it just means there will be healthy debate.”

In his brief time as president, Biden already is signaling his willingness to stick with some of the diplomatic breakthroughs that his predecessor brokered between Israel, the UAE, and Bahrain. But the big test he faces — one which could very well determine whether his efforts to put the Middle East on the back-burner are successful — is how or whether to undo former President Donald Trump’s decision to pull out of the Iran deal.

Reentry into the Joint Comprehensive Plan of Action has been described by Sullivan as a “critical early priority” —one that the administration is set to negotiate as soon as next month with the U.K., France, China, Russia and Germany, known as the P5+1. Some of the president’s allies worry that Biden and his team might be too quick to reenter the deal, perceive that as a victory, and then turn a blind eye to issues like Iran’s abysmal human rights record, ballistic missile program, and its attacks on U.S. and coalition forces in the region.