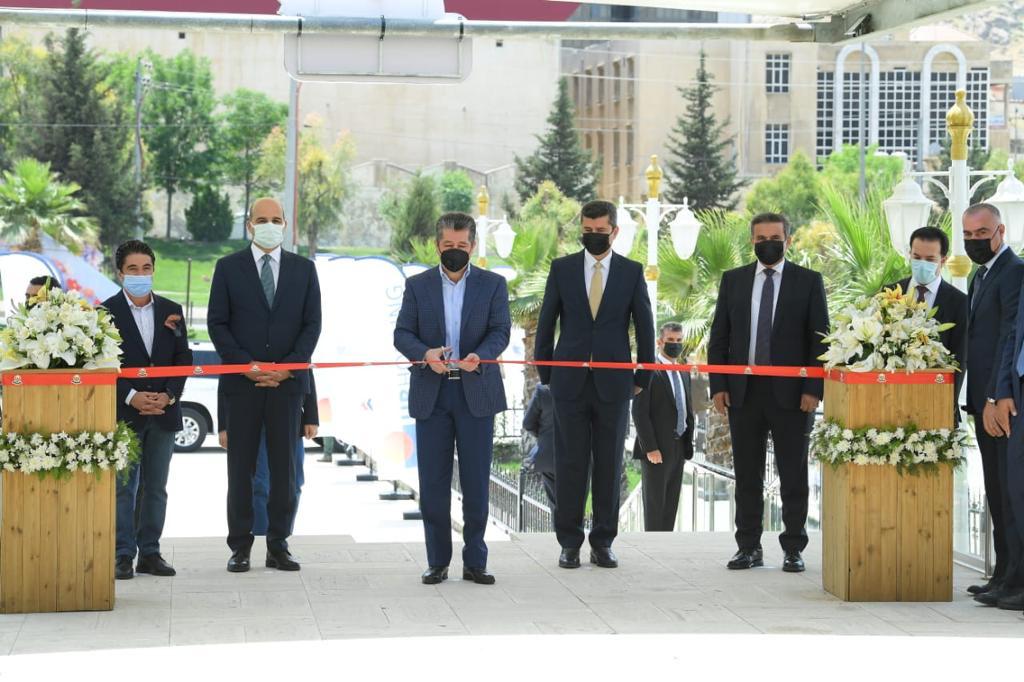 The cable car project is one of the biggest projects in Duhok, with an elevation of 500 meters and a length of 2300 meters at a total cost exceeding 30 million dollars.

Barzani, in his inauguration speech, said, “The cable car project will not only benefit the inhabitants of Duhok but all the citizens of Kurdistan and the tourists visiting the region”

The Zawa mountain is an important touristic region in Duhok that enjoys wonderful nature year-round.

He added, “The worksheet of the government is axed on two goals, the first encompassing reform and the second tackling the multiplication of internal resources.”

MP Barzani also underlined the important role played by companies in the private sector that have participated alongside the government in the execution of the project, and invited them to participate in even more projects in the future in order to promote the economic sector in the Kurdistan region.

He added that the Kurdistan region had witnessed a difficult year resulting from the spread of COVID-19 and the collapse of oil prices on the world markets, causing economic hardship and affecting citizens.

He also tackled the file of financial dues, pointing out that the region’s share of the federal general budget has yet to be delivered, with a delay of 11 months.

MP Barzani expressed his certitude that the economic situation in the Kurdistan region will get better with the implementation of many new projects and the support of companies in the private sector and citizens.

Barzani: Kurdistan has always been a beacon of peace and hope