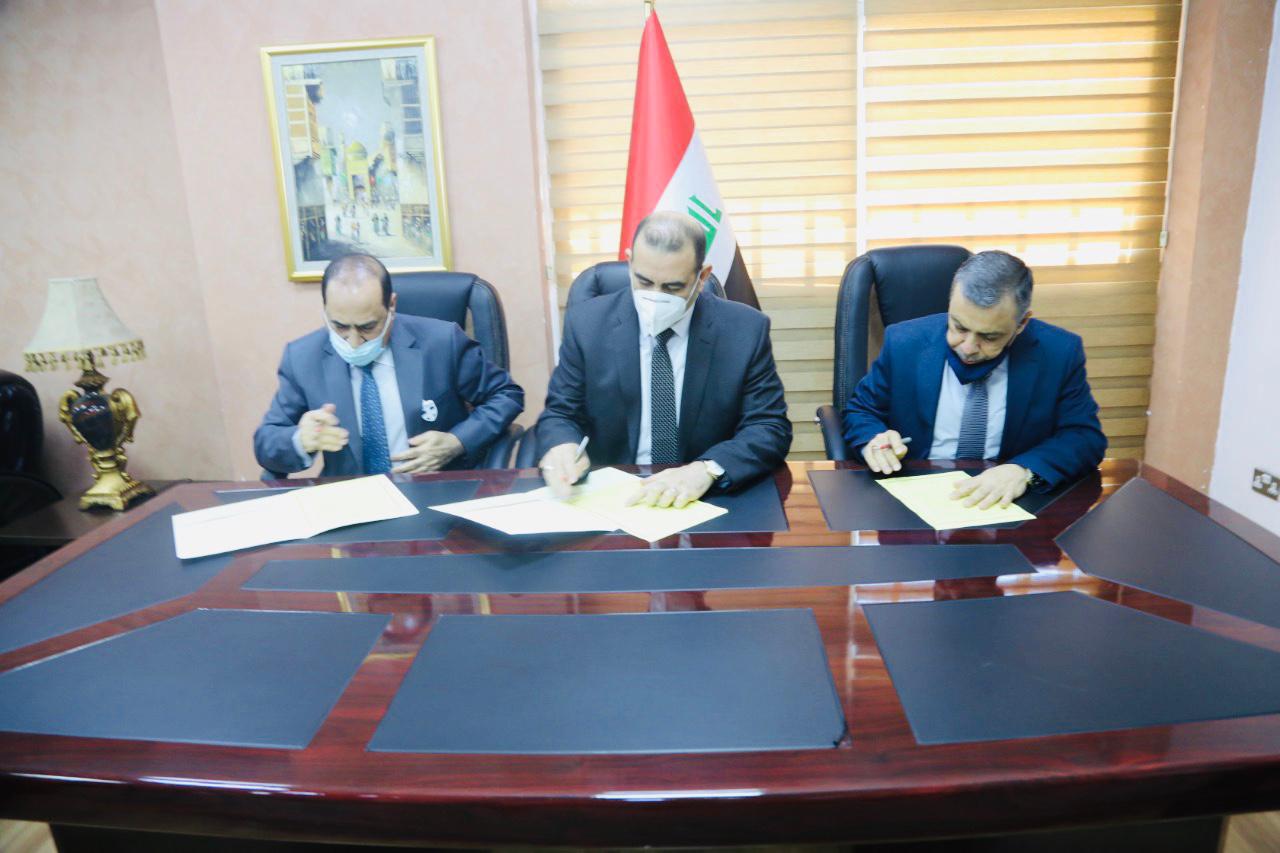 Shafaq News/ The Governor of Baghdad, Muhammad Jaber Al-Atta, the Minister of Planning, Khaled Battal, and the Minister of Transport, Nasser Hussein Al-Shibli, signed a joint agreement to start implementing the suspended plan of the train.

Al-Atta said during the meeting held at the Ministry of Planning, "This project is one of the most strategic projects in Baghdad. Its implementation was delayed for technical and administrative reasons, but we are willing at present to overcome all obstacles and problems to start implementing it", adding, "the length of the train is 22 kilometers. It starts from Al-Kadhimiya and ends at the central markets of Al-Shaab, with 14 stations and a capacity of 30,000 passengers per hour, and more than 16 hours of work per day. It is a part of the comprehensive transportation system for the capital, Baghdad".

Al-Atta revealed that another rail line from Al-Bayaa to Karada might be established".

For his part, the Minister of Planning said, "The Ministry of Planning's support for the suspended train project, which represents a quantum leap in the services provided to the people of the capital, and provides 10,000 job opportunities, will be accomplished by French firm Alstom and Korea's Hyundai", noting that, investment companies are invited to complete the rest of the sections respectively".

Furthermore, the Minister of Transport stated, "the meeting included discussing and studying the project and the phases initiated by Baghdad governorate", adding, "The meeting's record will be submitted to the Iraqi Council of Ministers as soon as possible".

Baghdad imposes a new restriction to curb the assassination operations

International organization: 7 demonstrators kidnapped, including a boy in Tahrir Square in central Baghdad