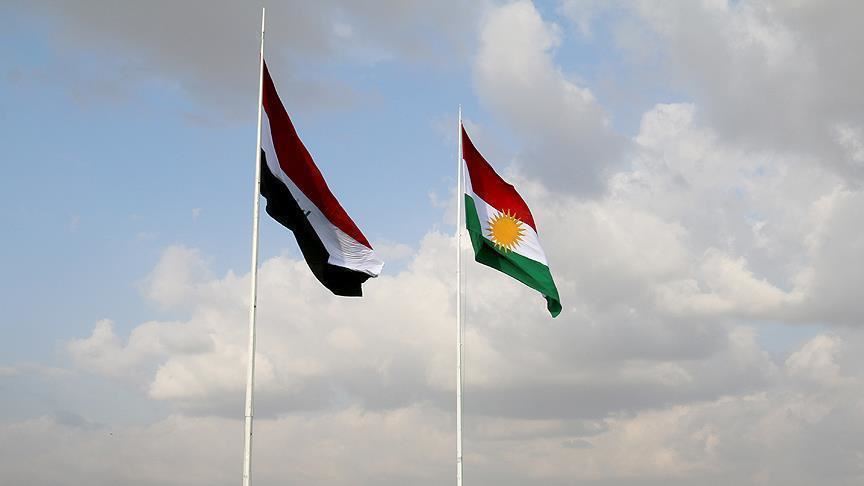 Shafaq News / On Wednesday, the Federal Ministry of Finance responded to the Kurdistan Regional Government regarding not paying regional employees' salaries.

A statement of finance received by Shafaq News agency stated that it "expresses its surprise at the statement issued by the Council of Ministers of the Kurdistan Region today, Wednesday (8/12/2020) about the results of the discussions related to financial payments and border crossings between the federal government and the regional government."

It added that "the dialogue is in advanced stage, and since the beginning, Baghdad has expressed  its concern for the rights of the citizens of the Region , and ensuring their salaries, especially after it became clear that the financial payments sent to the Kurdish Ministry of Finance did not reach all those who deserve."

It pointed out that "the regional government’s statement lacked the required precision in determining the basis of the problem, especially with the great flexibility provided by the federal government to facilitate reaching an agreement.” Noting that, “ At the same time, it indicates that Baghdad, within its constitutional rights to secure border crossings and monitor imports and customs deductions, put forward the principle of Partnership mentioned in Article 114 (First) of the Constitution to secure border crossings in the region. "

"Erbil did not show flexibility to solve this issue, and then try to blame the federal government about the financial payments before resolving the import-related aspects, which represents an unacceptable irresponsibility.”

The ministry referred to "the directives of the Prime Minister, Mr. Mustafa Al-Kadhimi, on the necessity of finding the necessary solutions and showing sufficient flexibility to secure the rights of the Kurdish people who have suffered greatly under difficult health and economic conditions."

The ministry called on the Kurdistan Regional Government to “return to the negotiating in the service of the public interest."

Earlier, A statement issued by the Kurdish cabinet received by Shafaq News agency,  stated that it appreciates the efforts made by the regional government delegation to negotiate with the federal government, and affirms that” Erbil used all constitutional, legal, administrative or financial justification during the discussions in order to reach an agreement.”

Adding that the region agreed to all the conditions of Baghdad within the framework of the constitution, but unfortunately, for more than three months, the federal government did not show any willingness to send the salaries.”

The Council of Ministers emphasized that no distinction should be made between citizens of the Region and the rest of Iraq, especially with regard to salaries, and this is “a constitutional right”.