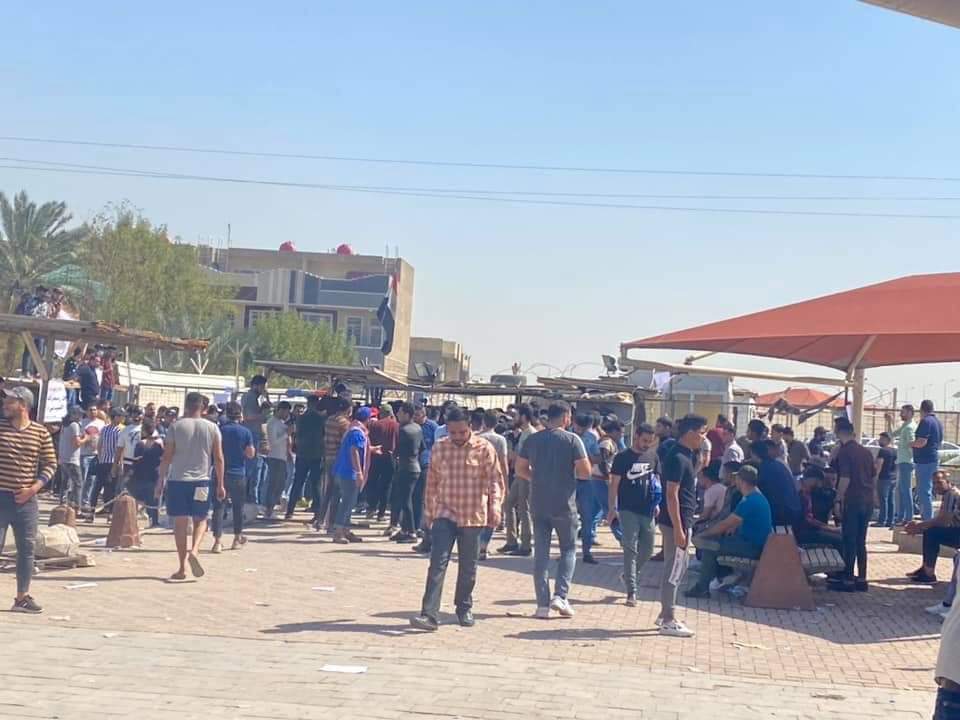 Shafaq News / Hundreds of employees with temporary contracts in the Ministry of Electricity continued for the second consecutive day in their protests in front of the Finance Ministry building in the capital, Baghdad, demanding their salaries to be paid.

Shafaq News reporter said that in an escalating step, the protesters closed the main gate of the Ministry to prevent entry and exit of employees after they were rejected by the Director of the Budget Department, Taif Sami, and informing their representatives that there was no financial allocation for them from the Ministry.

The reporter quoted the protestors as saying that they are continuing their protests, and that it could turn into an open sit-in, in order to pay their salaries, which were seven months late.