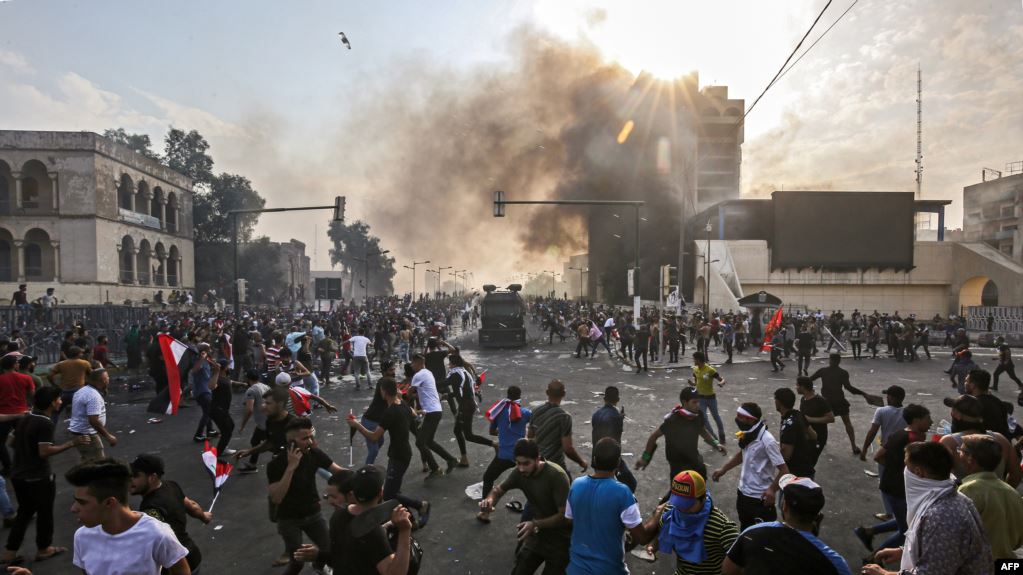 Shafaq News/ At least seven people, including a boy of 16, were reported missing since October 7 from or near Baghdad’s Tahrir Square, where they were participating in ongoing protests in Iraq’s capital, Human Rights Watch (HRW )said today. Four were still missing as of December 2. The families said they visited police stations and government offices seeking information without success, and the government took no tangible measures to locate their relatives. It is unclear whether government security or armed groups carried out the abductions. In another two cases, security forces arrested and arbitrarily held protest supporters.

The organization quoted the families of the abductees as saying that they had visited police stations and government headquarters to seek information in vain, and that the government had not taken concrete measures to locate the relatives. It is not clear whether government security forces or armed groups are carrying out kidnappings.

In two other cases, security forces arrested and detained arbitrarily supporters of the protests, HRW said.

Baghdad mourns an Iraqi scientist who passed away abroad