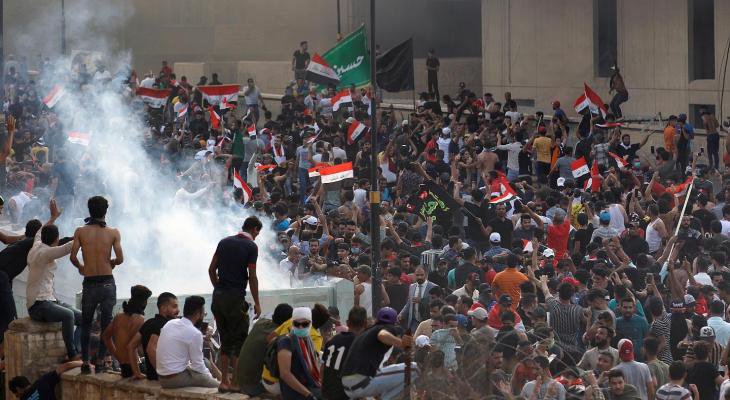 "It was decided to impose a curfew on people and the movement of vehicles, motorcycles, bicycles and vehicles of all kinds from 12 p.m. Today   until 6 a.m. until further notice," the leaderships’ statement said.

The statement added that “the decision was to protect the demonstrators and prevent those who want to target them and calls on all citizens cooperate for the public interest."