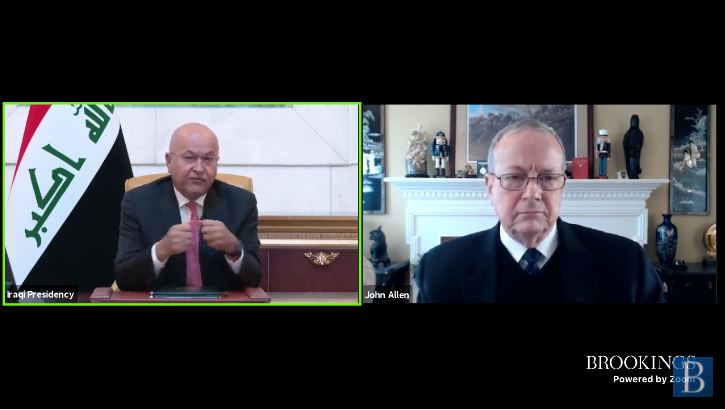 Shafaq News / The Iraqi President, Barham Salih, confirmed that the Global Coalition forces' presence in Iraq will be discussed within the bilateral relations framework with the United States of America.

Saleh said in a speech, "victory over ISIS has not been fully achieved yet", noting that ISIS seems to be back in the desert area near Mosul, al-Anbar, and Kirkuk.

He added, "Washington and Baghdad do not want any foreign forces in Iraq."

It is worth noting that NATO announced on February 16, that it will be increasing the number of its troops in Iraq to expand the mission of training Iraqi forces.

NATO Secretary-General Jens Stoltenberg said Thursday the alliance will expand its training mission in Iraq from 500 to around 4,000 personnel.