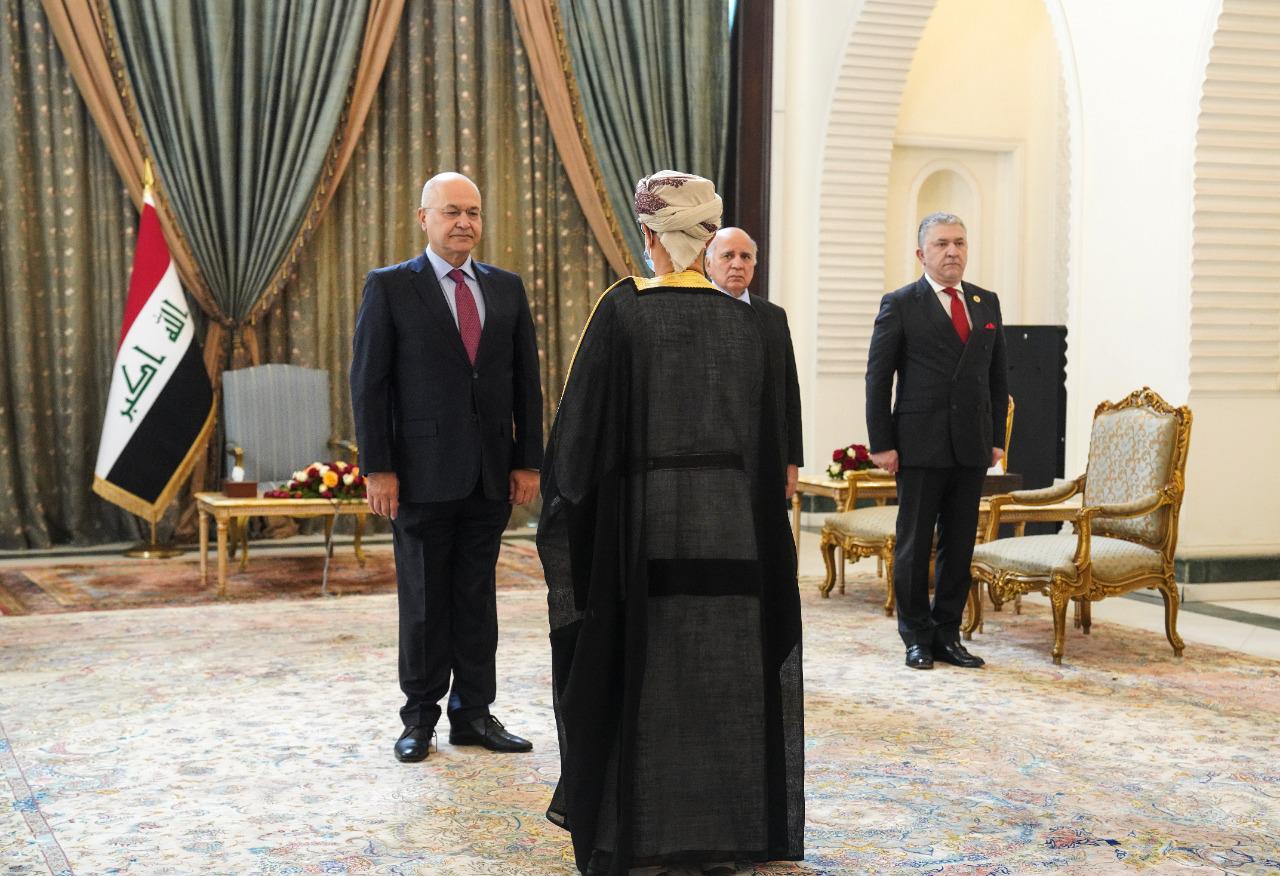 "Iraq is looking forward to strengthening its political، economic relations with all countries to reduce tensions and maintain peace in the region،" Salih said during his meeting with Oman's ambassador Hamed Bin Akil and Japan's ambassador Kotaro Suzuki at the Peace Palace in Baghdad.

He pointed out that "We looking for international and regional investment in various fields, to reconstruct the country."

For their part, the two ambassadors thanked the President expressing their countries readiness to develop relations with Iraq in all fields." according to the presidency statement.