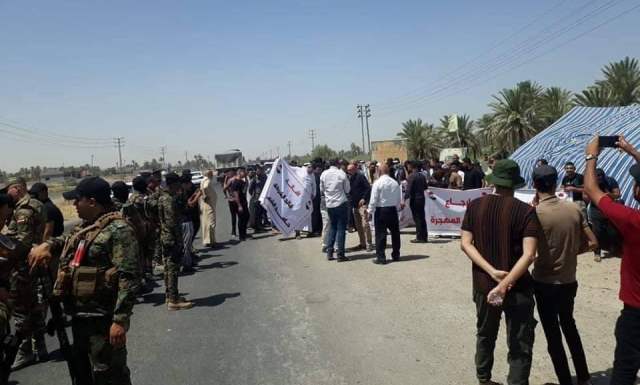 Shafaq News/ Dozens of "wanted persons' families" in the Abi Saida sub-district in Diyala staged a demonstration to demand a fair exercise of the rule of law and better services.

A source in the district, 25 kilometers to the northeast of Baquba, said that the demonstrators called for opening an investigation into the security incidents ravaging the sub-district, dismissing security officers, applying the law in an equitable manner, and removing the Quick Reaction Forces from the district, which they accuse of negligence.

The demonstrators threatened to escalate, set tents, and block all Diyala  roads if the authorities do not meet their demands.