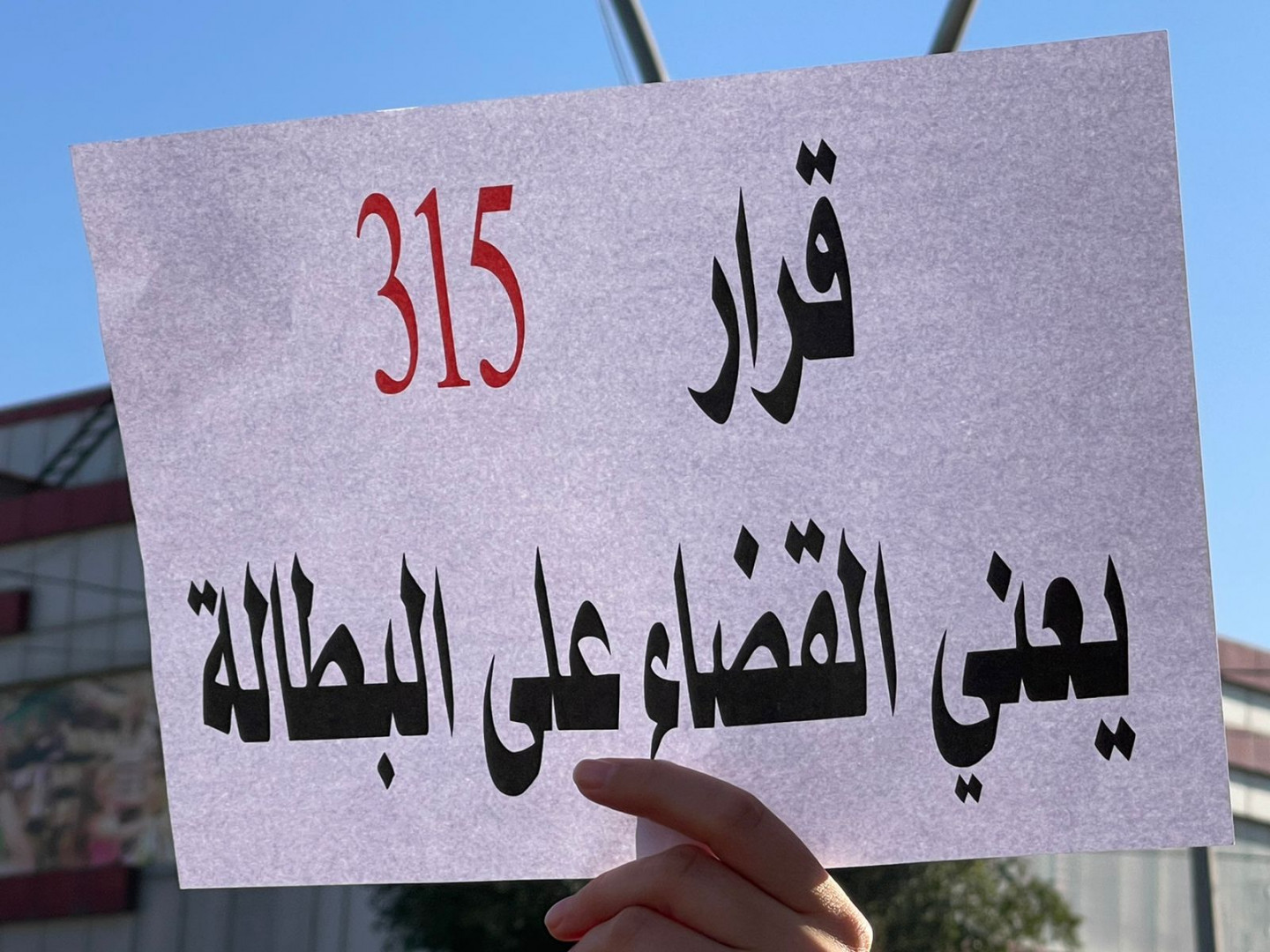 Shafaq News/ Dozens of unpaid lecturers in southern Iraq organized pickets in the Education Directorates in Dhi Qar, al-Muthanna, al-Diwaniyah, Maysan, and Basra to demand implementing the Act 315, disbursing their financial entitlements, and renewing their contracts.

In Diyala and Kirkuk, unpaid lecturers organized demonstrations near the governorates' education directorate to demand putting the Act 315 into force.

Despite having the same duties as regularized teachers, unpaid lecturers, or teachers, serve for a period of time that might extend to years without being paid for their services.