Unpaid lecturers' protests continue for the second day in a row.. Locals block a main road in Dhi Qar 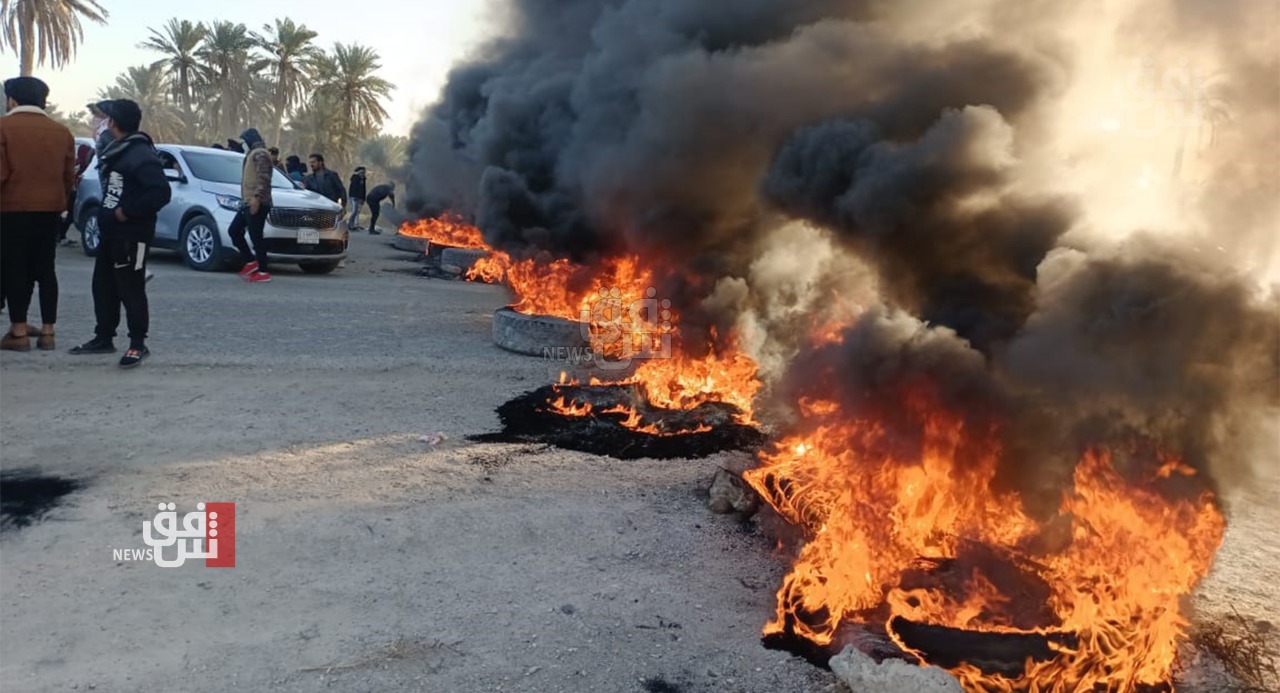 Shafaq News/ Dozens of angry demonstrators in Dhi Qar gathered on the road linking the governorate's capital city, Nasiriyah, with al-Shatrah district, northeast Nasiriyah. The demonstrators blocked the road with burning tires in an act of protest against the poor services in the southern governorate.

Unpaid lecturers and unemployed graduates picketed the headquarters of the Education directorate in the governorates of Diyala and al-Diwaniyah for the second consecutive day.

While the unpaid lecturers demanded the implementation of Act 315 and awarding them new contracts, the graduates called for opening up job opportunities for them.

Deputy commissioner in Dhi Qar: we have not received social benefits since 2015