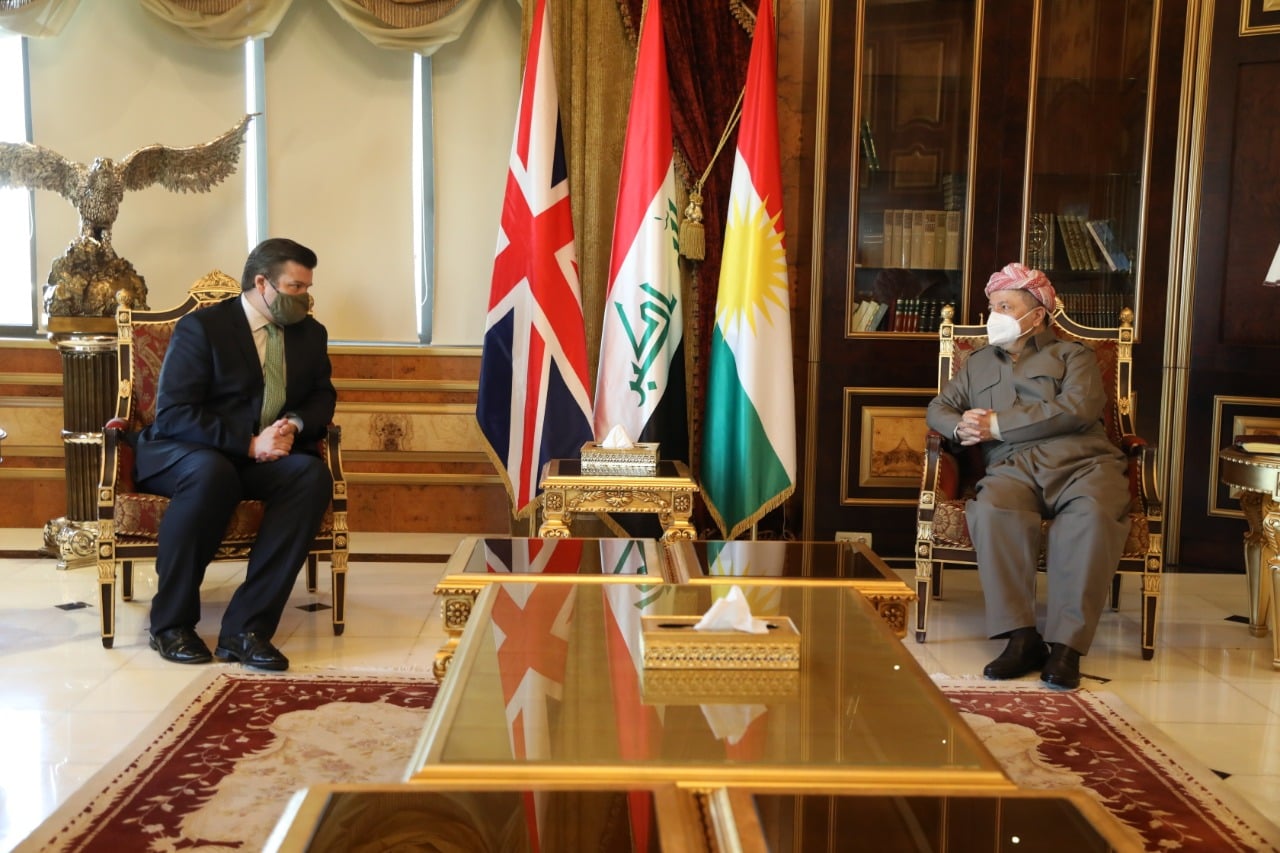 Heappey renewed his country's support for the Peshmerga forces through training and arming to defeat the terrorism.

The British minister declared, according to the statement, that "there must be a political and economic balance between the Iraqi components."

The statement noted that Barzani praised the United Kingdom’ role in combating ISIS expressing his desire that relations between Kurdistan and UK will strengthen more."

A parliamentary demand to implement the joint forces agreement

Peshmerga Chief of Staff: al-Kadhimi's visit to Makhmour was fruitful