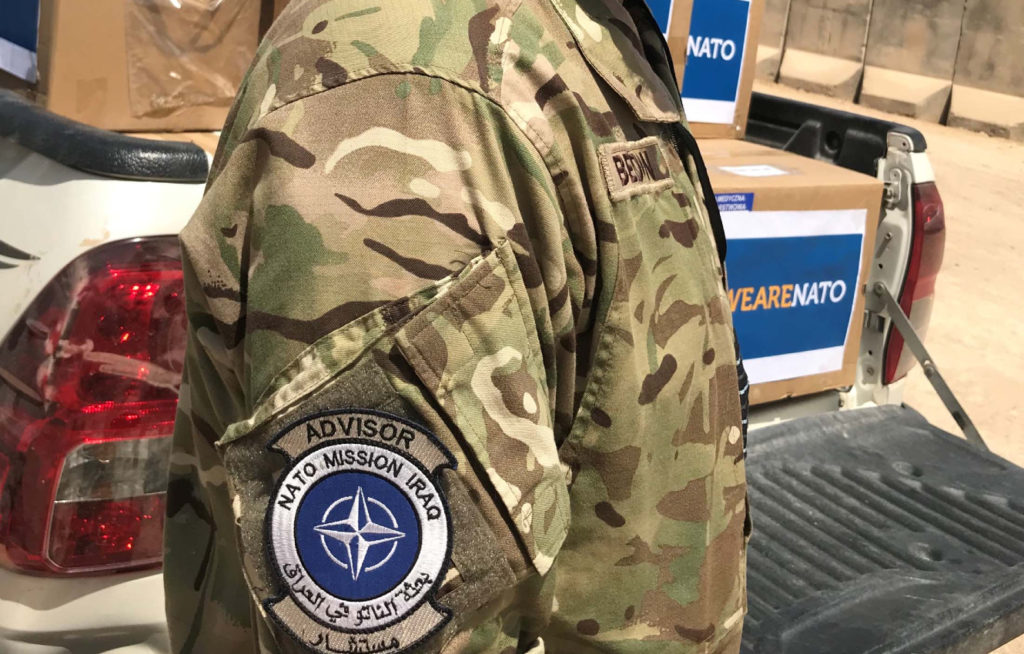 Shafaq News/ Ukrainian military specialists will participate in the North Atlantic Treaty Organization’s mission in Iraq and its Operation "Sea Guardian", according to "Ukrainian News".

Yurii Vasyliev, the head of the European and Euro-Atlantic Integration division at the Ministry of Defense’s Department of International Defense Cooperation, announced this at a news briefing, the Ukrainian News Agency reports.

"We are continuing our contribution to NATO missions and operations despite the aggression that we are currently facing. We currently have specialists in the mission in Afghanistan, we are also providing support for the forces in Kosovo, but taking account of our latest proposals that were accepted, we are now preparing to send our specialists to two more operations. These are the NATO mission in Iraq and the alliance’s Operation Sea Guardian,” Vasyliev said.

According to him, Ukrainian soldiers who are seasoned in battles to protect the independence and territorial integrity of Ukraine will participate in these operations.

In addition, according to him, given its status as a NATO Enhanced Opportunities Partner, Ukraine will be involved in five NATO collective defense drills.

As Ukrainian News Agency earlier reported, Ukraine proposed in February that NATO use the airspace over the Black Sea for air operations.

Iraq and NATO are discussing a long-term cooperation plan

There is no agreement with NATO regarding the number of its trainers in Iraq, official says

Canada: our soldiers in Iraq are our top priority

Expanding our tasks in Iraq is at the request of the Iraqi government, NATO commander in Iraq says

NATO is looking forward to increase its presence in Iraq

The Baghdad rocket attack is a message from armed factions