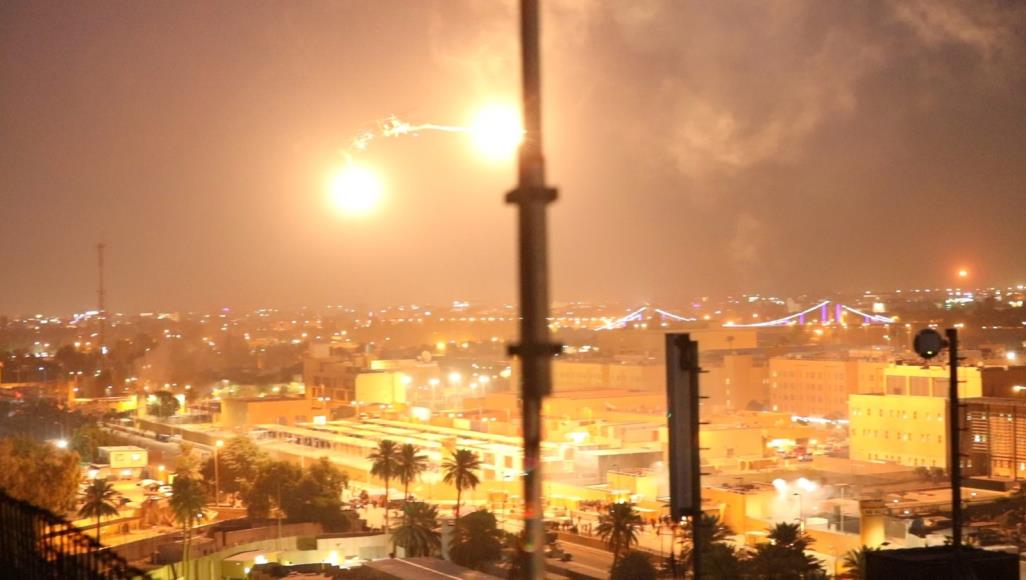 Shafaq News / The US embassy in Baghdad commented on the attack that targeted its vicinity earlier today.

The embassy said in a statement, "The U.S. Embassy compound was attacked this evening by terrorist groups attempting to undermine Iraq’s security, sovereignty, and international relations."

"We have long said that these sorts of reprehensible attacks are an assault not just on diplomatic facilities, but on the sovereignty of Iraq itself", it added.

The Iraqi security forces seized the rocket launchpad from which the rockets that targeted the vicinity of the US embassy were launched, a security source reported.

The source told Shafaq News agency that three rockets were launched from the Karrara area in Baghdad, and were intercepted by the US C-RAM defense system.

In addition, The security media cell confirmed Shafaq News agency's reports regarding a woman and a child who were injured in the attack.

Earlier today, a rocket attack targeted the vicinity of the US embassy in the Green Zone, Baghdad.

US embassy in Baghdad offers condolences on al-Nawab's death

Al-Sadr lashes out at the US comments on anti-normalization law: is this your policy?