US condemns attack on KDP Headquarters in Baghdad 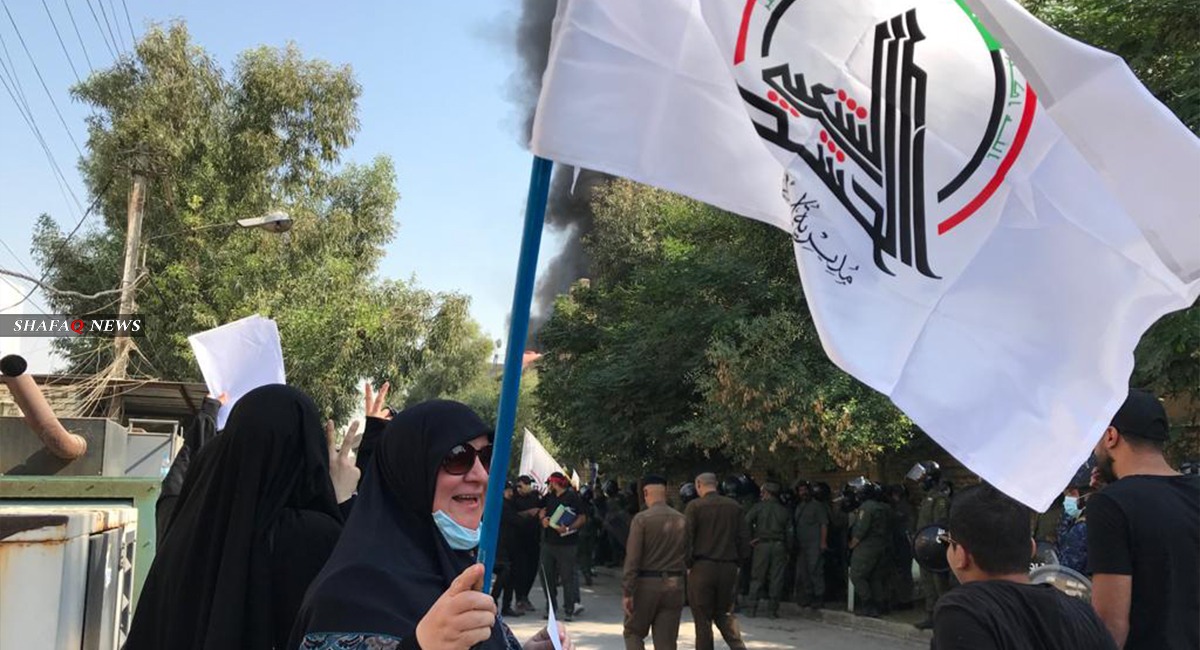 Shafaq News / The US State Department condemned on Sunday the attack on the headquarters of the Kurdistan Democratic Party in Baghdad by Al-Hashd Al-Shaabi supporters.

This came in a statement issued by a spokeswoman for the United States Department of State, Morgan Ortagus.

The statement said, " "The United States strongly condemns the attack on the Kurdistan Democratic Party's branch office in Baghdad by Iran-backed elements of the Popular Mobilization Forces. The ability to speak freely and critically is a vital component of any democracy, and political parties should be able to engage in robust debate without threat from militias and thugs".

The statement urged all parties to, "act responsibly", as Iraq is engaged in facing a pandemic, an economic crisis and a constant threat from ISIS.

tens of PMF supporters stormed the headquarters of the Kurdistan Democratic Party in the Iraqi capital and set it on fire, protesting against the statements of the party's member, Hoshyar Zebari, which they considered "offensive" to Al-Hashd.