UNAMI’s new mandate: to support the federal government and the KRG in engaging in dialogue 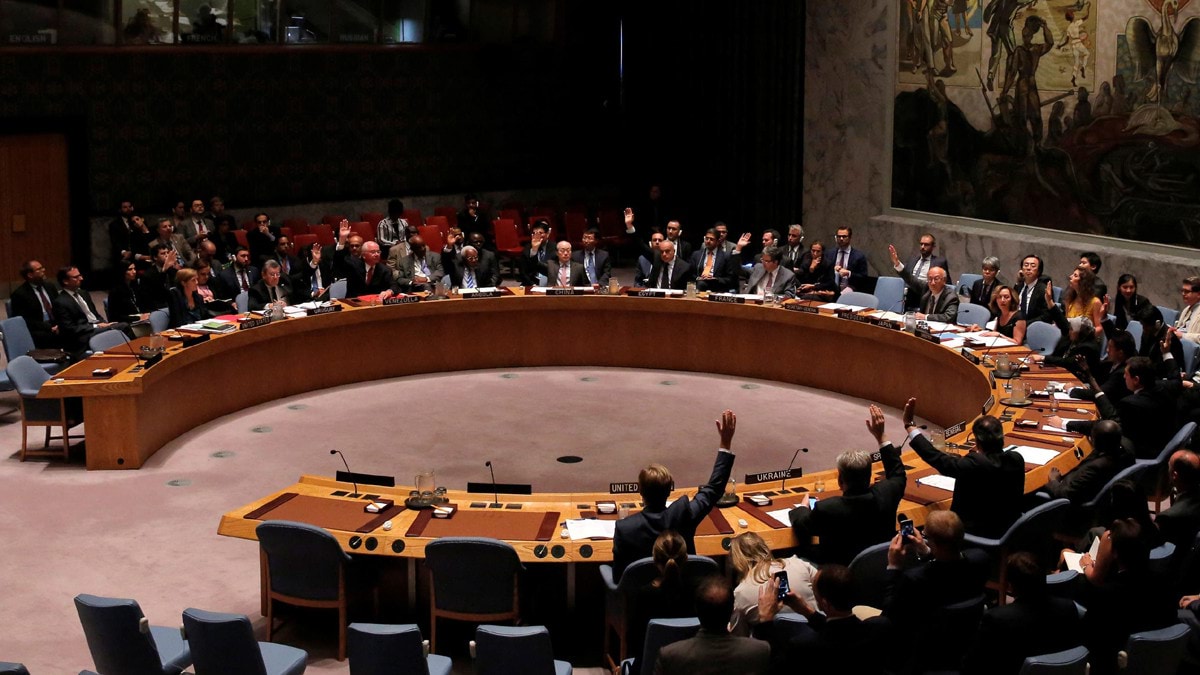 Shafaq News/ the Security Council is expected to vote on a draft resolution renewing the mandate of the UN Assistance Mission in Iraq (UNAMI) for one year, until 31 May 2023.

“The Council is generally united in its support for UNAMI and its mandate. The draft in blue retains UNAMI’s core tasks, including providing advice, support, and assistance to Iraq on the advancement of inclusive political dialogue and national and community level reconciliation, coordinating the delivery of humanitarian aid, promoting accountability and the protection of human rights, and reporting on electoral preparations and processes.” The UN Council said.

According to the statement, no changes have been made to the text. Still, UNAMI will no longer be providing an enhanced electoral support role now that the 10 October 2021 federal parliamentary election has taken place.

The Security Council said that despite the consensus among Council members on the UNAMI mission but “there were significant differences regarding climate change. UNAMI’s previous mandate contained preambular language, which recognized that the adverse effects of climate change “can contribute to desertification and drought, the humanitarian situation and stability in Iraq.” The relevant paragraph also emphasized the need for comprehensive risk assessments by the Iraqi government and the importance of taking “meaningful actions to adapt to or mitigate challenges posed by climate change and ecological change,” while the operative part of the resolution directed UNAMI to assist Iraq with facilitating regional dialogue and cooperation on the adverse impacts of climate change, among other issues.

Norway added to the UNAMI mission a new operative paragraph requiring support for Iraqi efforts to mitigate or adapt to climate change. That it was opposed by Brazil, China, India, and Russia. At the same time, India suggested removing the existing operative text regarding regional dialogue and cooperation on the adverse effects of climate change and replacing it with language that refers to desertification and drought instead.

In response, the penholder apparently amended India’s suggested changes to the text regarding regional cooperation and dialogue by adding language which indicated that desertification and drought are examples of the adverse effects of climate change. This proposal was unacceptable to Brazil, China, India, and Russia, who broke silently over this issue.

The preambular paragraph on climate change was also amended during the negotiations. The new language clarifies that climate change can “adversely impact” the humanitarian situation and “aggravate any existing instability” in Iraq. Earlier iterations of this text referred only to “existing instability” in the country. However, it seems that “any” was added to this sentence to address concerns raised by Iraq.

“The draft in blue contains new language that calls for the swift and peaceful formation of a new government that can deliver on national priorities for the Iraqi people, such as economic reform, regional cooperation, stabilization, development, and the promotion and protection of human rights. This language was added to address the current political deadlock in the country, which shows little sign of abating in the aftermath of the 10 October 2021 parliamentary election. While minor edits were proposed to this paragraph by some Council members, there was no opposition to including it. Language on government formation was also added to the existing paragraph concerning the full, equal, and meaningful participation of women at all levels of decision making, apparently following a suggestion from Ireland.” The Council said.

“There is also new text in the draft resolution that condemns the 7 November 2021 assassination attempt against Iraqi Prime Minister Mustafa al-Kadhimi and commends Iraq for conducting a technically well-managed election last October. This language was also included in a press statement issued by Council members on 15 November 2021, and it seems that no one opposed including it in the draft.”

“Language regarding the delivery of humanitarian assistance in Iraq has also been added to the draft in blue. The Secretary-General’s latest report on UNAMI, which was published on 29 April, notes that humanitarian funding has declined dramatically in Iraq and indicates that the Humanitarian Coordinator has requested the government to either “assume responsibility for delivery of services where international funding is insufficient, with other services to be transitioned by December 2022” or “provid[e] funding to the UN and its partners to allow the continuation” of these services. To reflect this development, text directing UNAMI to assist the Iraqi government with the “transition of humanitarian services to government systems” was added to the operative paragraph regarding the delivery of humanitarian and medical assistance, while language which notes that the Council is “looking to” the Iraqi government as it assumes increased responsibility for the provision of humanitarian services was added to the preambular section.”

“Existing text concerning the relationship between the federal government of Iraq and the Kurdistan regional government (KRG) was also amended during the negotiations. UNAMI’s current mandate directs the mission to encourage the federal government and the KRG to implement their 2021 budget agreement fully and negotiate agreements on other outstanding issues. The new language in the draft resolution expands on this text and instructs UNAMI to actively support the federal government and the KRG to engage in regular and structured dialogue “in a manner consistent with the unity of Iraq and its constitution,” including concerning “security provisions, budgetary arrangements, and the management of Iraq’s oil and gas resources.”

It also calls for implementing existing agreements between each country, “including the 2020 Sinjar agreement”. This language appears intended to address recent developments in Kurdistan, including clashes between the Iraqi military and the Sinjar Resistance Units (YBS) in Sinjar and the Iraqi Supreme Court’s 15 February decision to overturn a 2007 oil and gas law enacted by the KRG. It seems that it was added by the US after it consulted with Baghdad and the KRG.”

The draft in blue also extends UNAMI’s reporting cycle from three to four months. It appears that this change was made following a request from the government of Iraq.

UNAMI, the UK condemn the latest attack on Erbil