UNAMI and UNESCO delegation checks preparations for the POPE’ visit 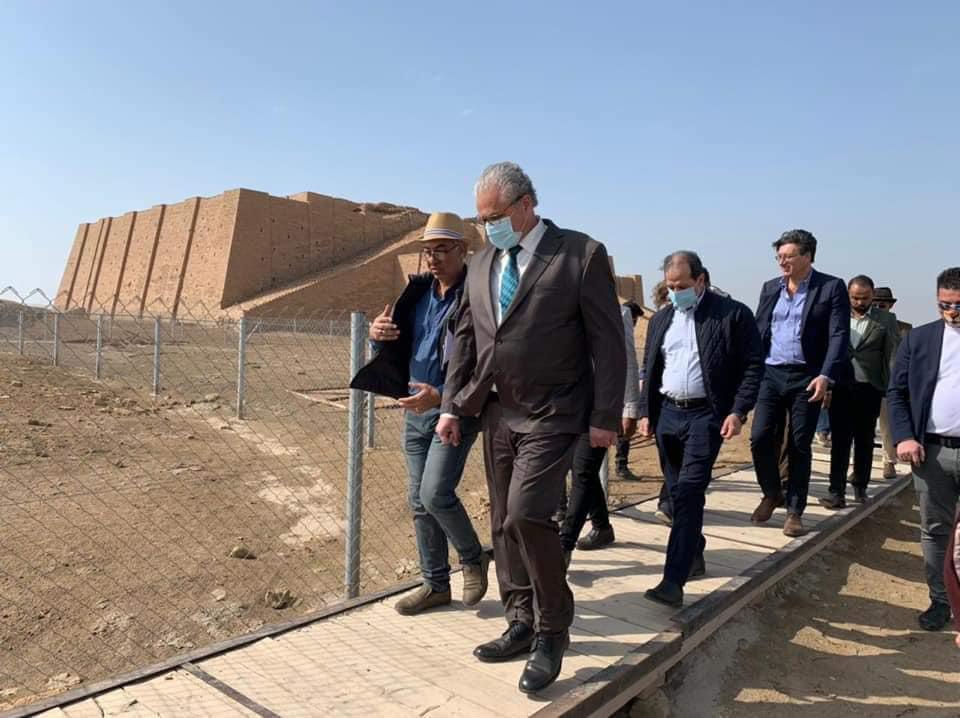 Shafaq News / official delegation from the UNAMI and UNESCO on Saturday, visited “Ur” Archaeological City in Dhi Qar Governorate.

An informed source told Shafaq News Agency that the delegation checked the preparations for the Pope’s visit and the prospect of tourism marketing of archaeological sites in the City after being listed in the UNESCO World Heritage List.

“Ur” Archaeological City (modern Tell Al Muqayyar) is situated 17 km south-west of Nasiriya, the administrative center of the Dhi Qar Governorate, and 200 km north of Basra and the Arabian Gulf.

In December 2020, The Vatican announces that Pope Francis will make an Apostolic Journey to Iraq on 5-8 March 2021, visiting Baghdad, the plain of Ur, Mosul, and Qaraqosh.

The Director of the Holy See Press Office, Matteo Bruni, announced the news, adding that the Pope had accepted the invitation of the Republic of Iraq and the local Catholic Church.