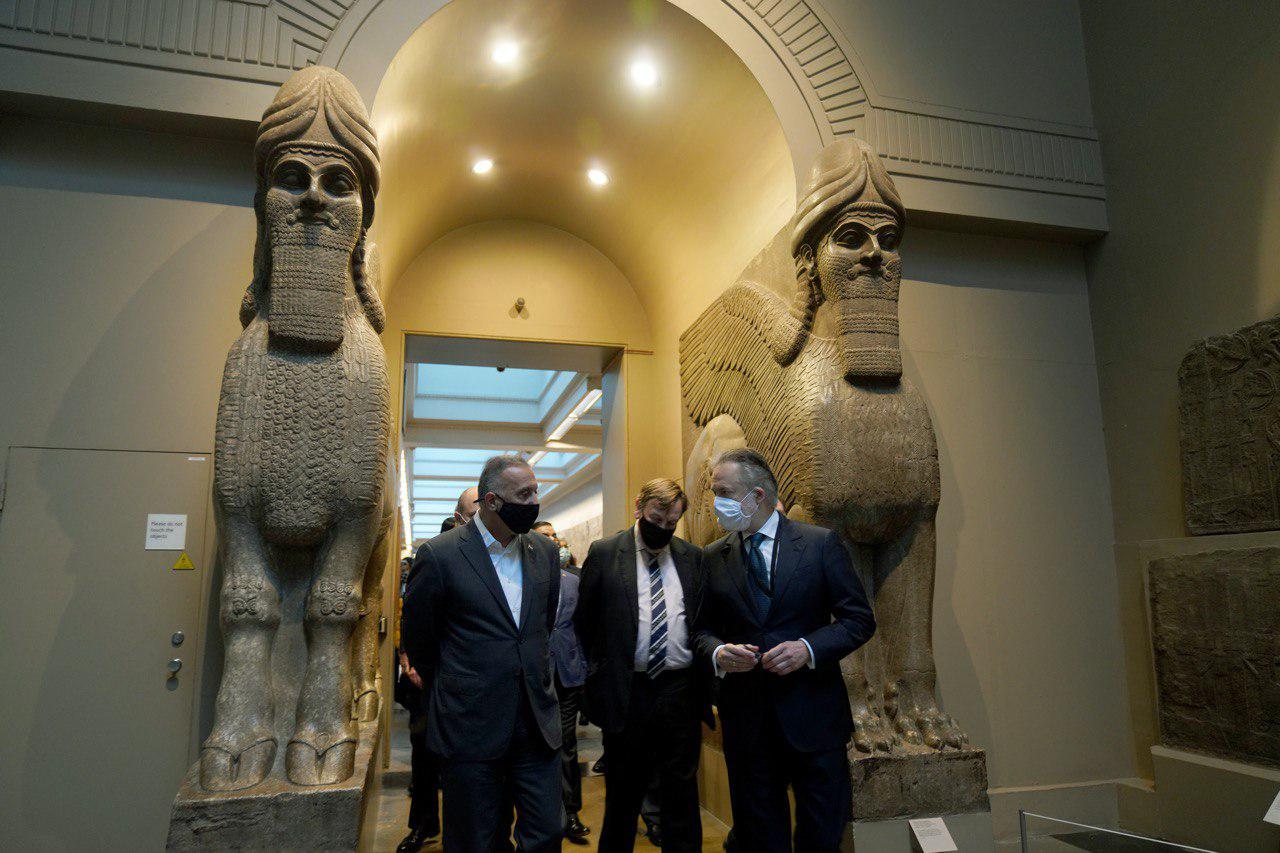 Shafaq News / Iraqi Prime Minister, Mustafa Al-Kadhimi, visited the British Museum in the capital, London, on the sidelines of his current visit to the United Kingdom.

British authorities informed al-Kadhimi that the looted artifacts will be officially delivered to Iraq early next year, according to a statement issued by his media office.

The Iraqi government will be handed around five thousand pieces of clay antiquities in an operation that is considered the largest of its kind in the present time.

The Iraqi government will also recover a 4000 years old Sumerian sculpture that was looted early after the end of the former regime's era.

It is noteworthy that the Iraqi antiquities were looted, stolen, and destroyed during the ISIS invasion of two-thirds of the country's area in mid-2014.