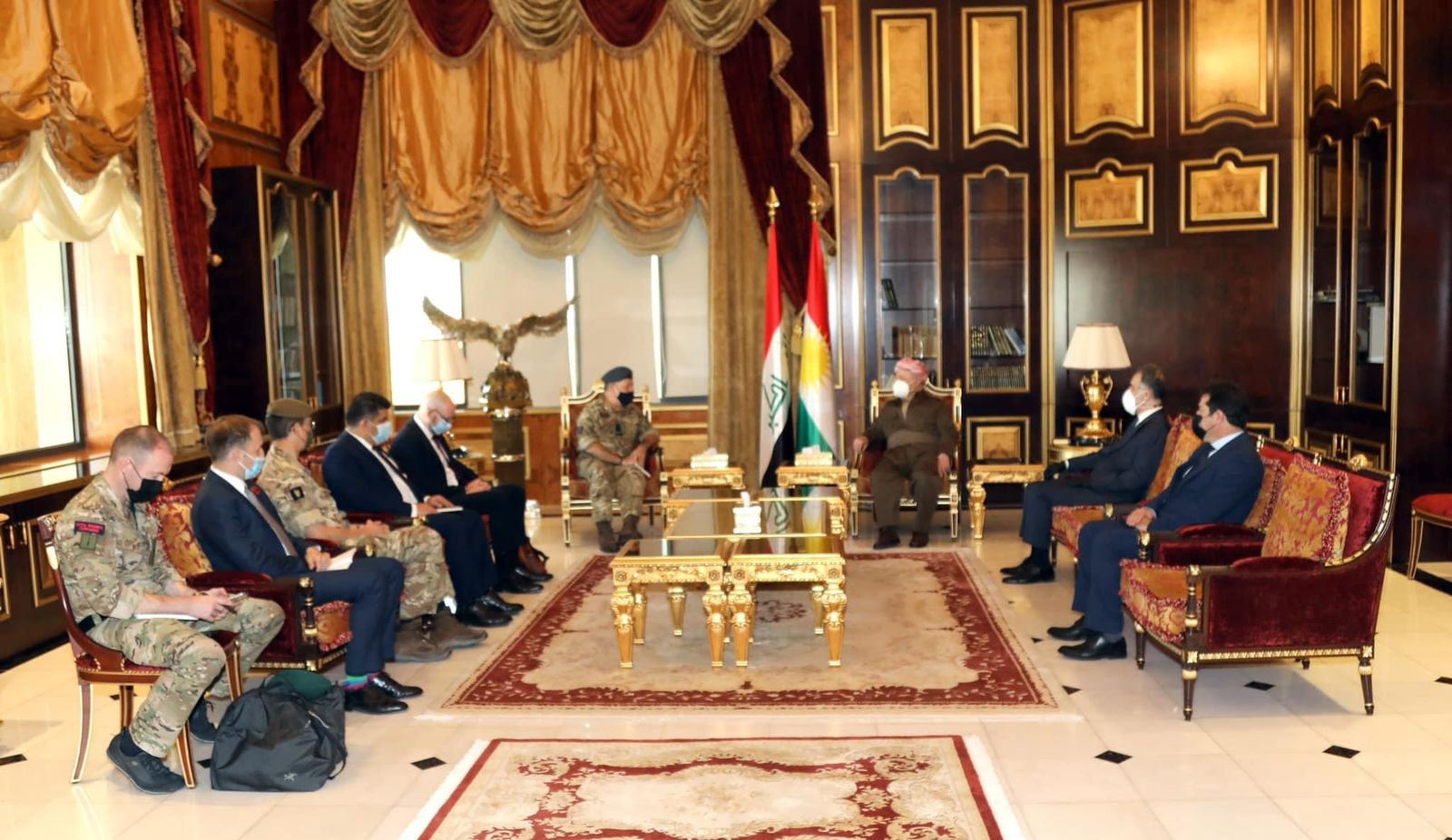 In the meeting, both sides discussed the political and security situation in Iraq, especially the post-election stage of the Iraqi Parliament and the Region, and the threats of terrorists.

A statement by Barzani's office stated that the British delegation stressed that the UK would remain a "friendly force for the Kurdistan Region and Iraq," stressing his country's support for reforms in the ranks of the Kurdistan Peshmerga forces.

Iraqi voters turn out in large numbers in different governorates

Erbil’s attack underscores the importance of our continued work in the region, US Secretary of Defense