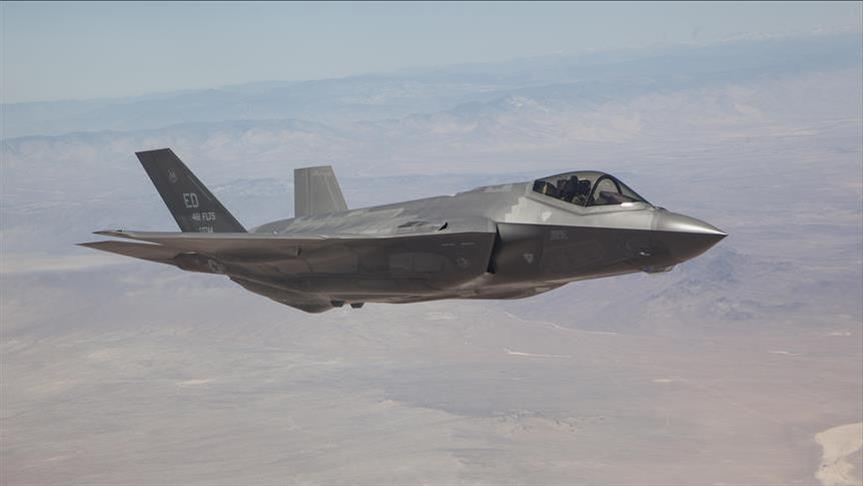 Shafaq News/ UK stealth fighter jets are to be dispatched from the £3 billion ($4.16bn) warship HMS Queen Elizabeth to “pack a potent punch” against the remnants of ISIS in Syria and Iraq, "Express and Star" said.

The Ministry of Defence said the F-35B Lightning jets would support operations in the countries from the Carrier Strike Group, a flotilla of British warships on a six-month global mission.

Leading the fleet is aircraft carrier HMS Queen Elizabeth, which left its base in Portsmouth in southern England on Sunday. The ship is accompanied by a US destroyer and Dutch frigate to provide extra protection.

Eight Royal Air Force and 10 US Marine Corps F-35B stealth fighter jets will operate on board the vessel.

Air Chief Marshal Sir Mike Wigston said the jets would help to weed out terrorists in Iraq and Syria.

He said he had no doubt violent extremism was still rooted in the region despite the weakening of the ISIS foothold.

The F-35Bs are equipped with advanced sensors, mission systems and stealth technology allowing them to carry out surveillance and reconnaissance tasks in remote areas.

He told PA that ISIS was “no longer the ground-holding force, the occupying force that it was in 2015 and 2016”.

“For the last two years, we have been identifying pockets where they have dug into strongholds in the mountains in remote areas, and have been helping the government of Iraq to clear out those remnants.”

Mr Wigston said Iraqi security forces were becoming “stronger day by day” and a time would come when UK and US support in the region was no longer needed.

“I wouldn’t like to put a date on it, but I have great faith in the progress the Iraqi forces are making,” he said.

“The F-35B Lightning jets will pack a potent punch against Daesh and help prevent them from regaining a foothold in Iraq,” he said.

“This is a prime example of the UK armed forces stepping forward with our allies to confront persistent threats around the world. It is global Britain in action.”

Billed as the largest concentration of UK maritime and air power in a generation, the aircraft carrier will be accompanied by six Royal Navy ships, a submarine armed with Tomahawk cruise missiles, 14 naval helicopters and a company of Royal Marines.

India, Japan, South Korea and Singapore are among the 40 destinations on the tour, demonstrating Britain's strategic tilt to the Indo-Pacific region to counter the increasing military strength of China.

Air and maritime forces from the UAE will operate alongside the group for part of the trip, the Ministry of Defence said.

An ISIS gang attacks a force of PMF in Saladin