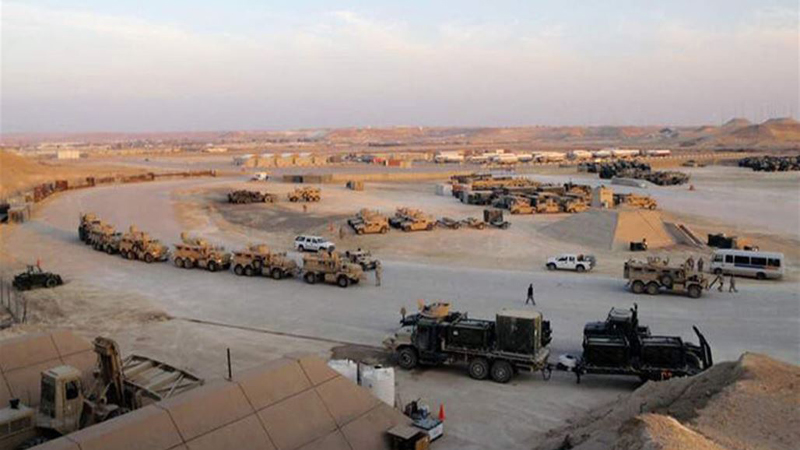 Shafaq News/ Ain al-Asad airbase in west of al-Anbar was targeted on Saturday by a UAV (Unmanned Aerial Vehicle) that exploded inside the base.

A security source told Shafaq News Agency, "The UAV exploded near one of the Iraqi army headquarters inside the base, and neither casualties nor material losses were registered."

"The forces stationed in the base took a number of strict measures after the incident, including an intensive security deployment in the areas surrounding the base, a complete blockage of the roads leading to it, as well as reinforcing the units in the nearby desert areas by increasing the number of their members.”

Qatari Al-Ubaidi, a commander in the Tribal Mobilization Forces in al-Anbar, said, “Outlaws target the military bases of the Ministry of Defense in al-Anbar, where more than 90 percent of the troops inside are of the Iraqi army.”

He added that this is the second strike targeting the base within the last four days, noting that only five of the troops present at the base are affiliated with the Global Coalition.

An explosion kills a PMF member in Al-Anbar