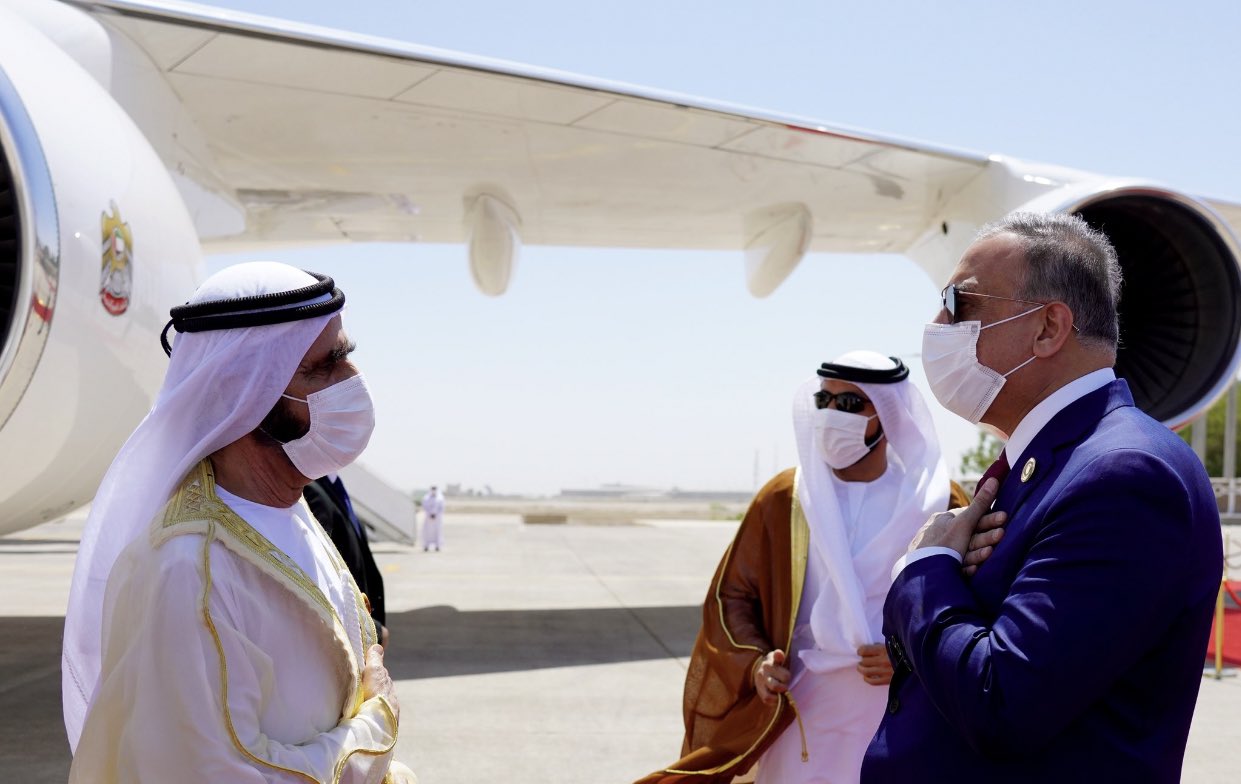 Shafaq News/ Prime Minister and Vice-President of the United Arab Emirates and ruler of Dubai Sheikh Mohammed bin Rashid al-Maktoum arrived in the Iraqi capital to participate in the "Baghdad Conference for Cooperation and Partnership.

"Thanks to God, we have arrived in Baghdad, the capital of (Harun) al-Rashid and Al-Ma'mun (the fifth and the seventh Abbasid Caliphs), the capital of the world, the home of peace, the house of human wisdom, Baghdad of poets, writers and scholars, Baghdad of the Tigris and the Euphrates."

So far, the French President Emmanuel Marcon, whose country is co-organizing the Summit, and delegations from Iran, Kuwait, Egypt, Turkey, Jordan, Saudi Arabia arrived in Baghdad to participate in the Conference.

Baghdad to host a tripartite summit between Iraq, Egypt and Jordan next Saturday