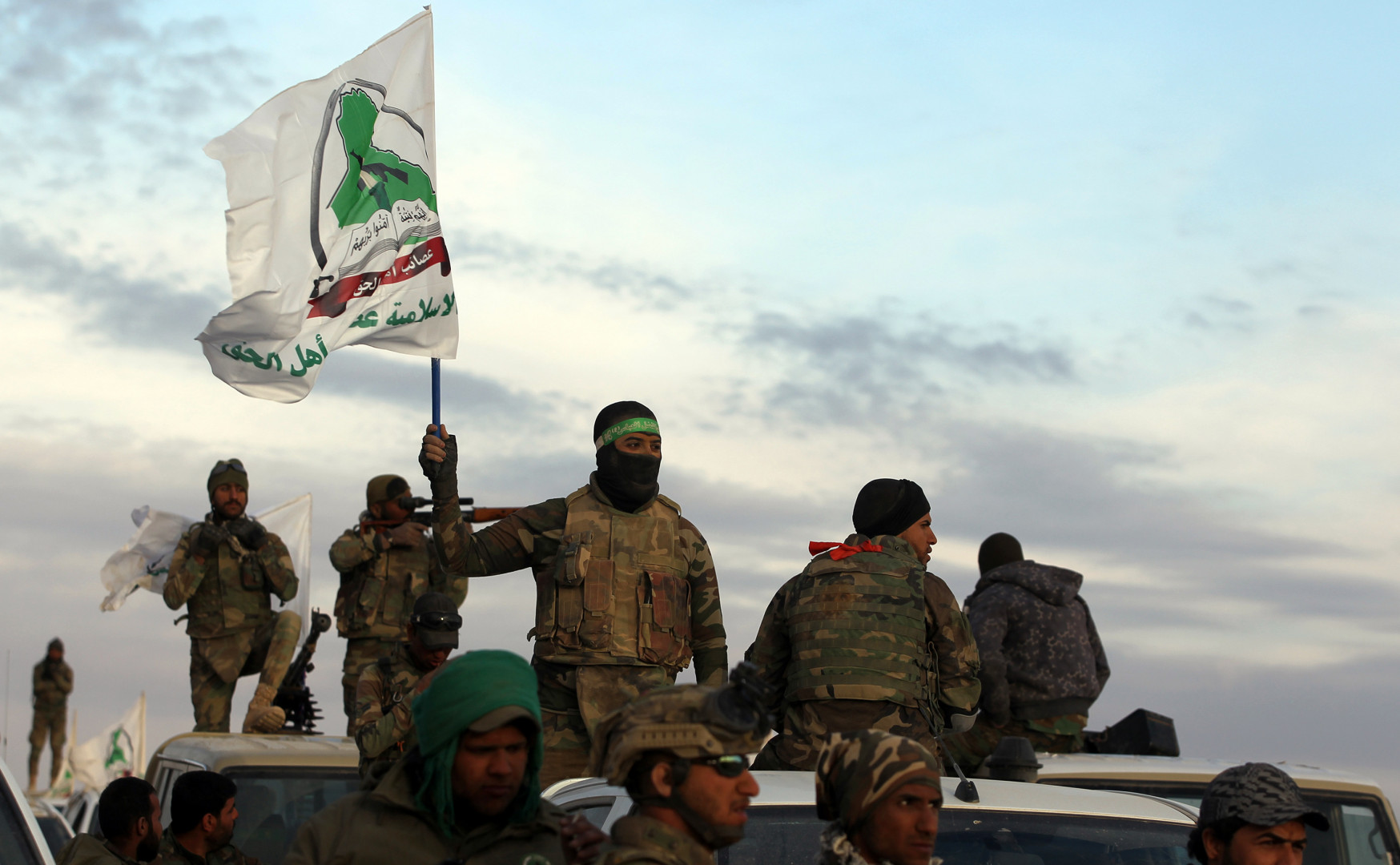 Shafaq News/ The US announced new restrictions Monday against Iran-backed militias based in Lebanon, Iraq, and Syria, the State Department said.

The State Department issued "nonproliferation measures" and a ban on US government procurement for certain entities after finding that "foreign persons" were engaged in activities prohibited under the Iran, North Korea, and Syria Nonproliferation Act.

The transfer to or acquisition from North Korea or Syria of materials that could be used to develop weapons of mass destruction or ballistic missile systems are sanctionable offenses under US law.

“No department or agency of the US government may procure or enter into any contract for the procurement of any goods, technology, or services from these foreign persons, except to the extent that the Secretary of State otherwise may determine,” the statement read.

The new measures will remain in place for two years.

In a statement to Shafaq News Agency, member of the Asa'ib Hezbollah politburo, Saad al-Saadi, said that the sanctions indicate that the U.S. deems the Resistance factions a "stumbling block" for the Zionist and American project in Iraq.

"This indicates that we have achieved the results that the Iraqi people want, thwarting these projects that were and still are the cause of all the crises that the country is going through on the economic, political, and security levels."

"We, the sons of resistance and national movements representing the Iraqi people, consider these sanctions a pride and dignity of the Iraqi people. We believe that these decisions come in the context of the reaction that the American administration is suffering from. These sanctions only increase our resolve and steadfastness on our principles and values and the project of resisting the occupation and the illegal foreign presence in Iraq."