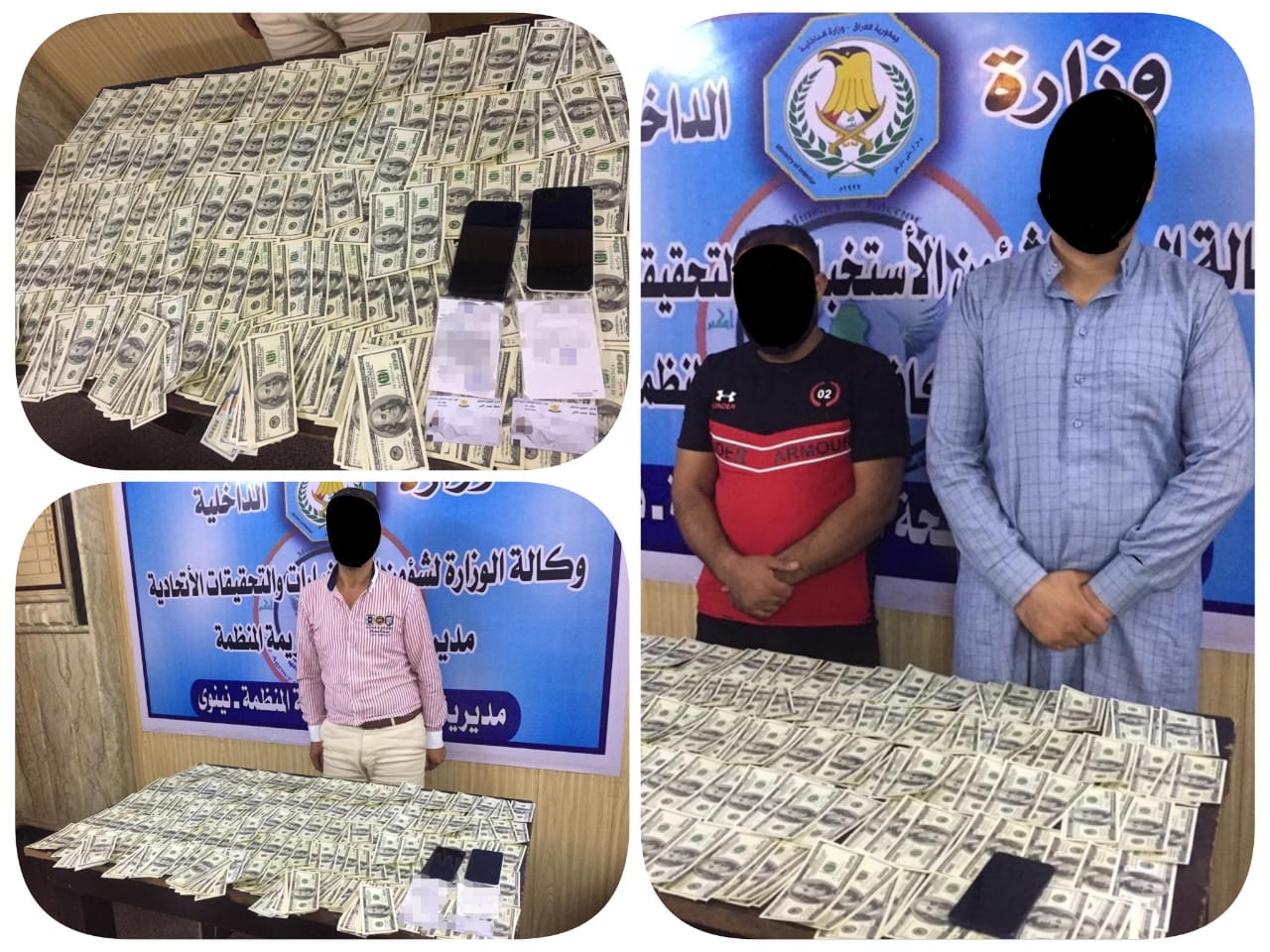 Shafaq News / The intelligence agency affiliated with the Iraqi Ministry of Interior announced on Saturday that two gangs had been arrested for promoting and selling counterfeit currency in Nineveh Governorate.

“Nineveh Organized Crime Intelligence detachments arrested two gangs for promoting and selling counterfeit currency, which consisted of three suspects", indicating that, "two of them were arrested on the left side of the city of Mosul, in possession of 18,300 thousand dollars of counterfeit $100 bills, 20 Turkish liras and stamps used to stamp counterfeit currency".