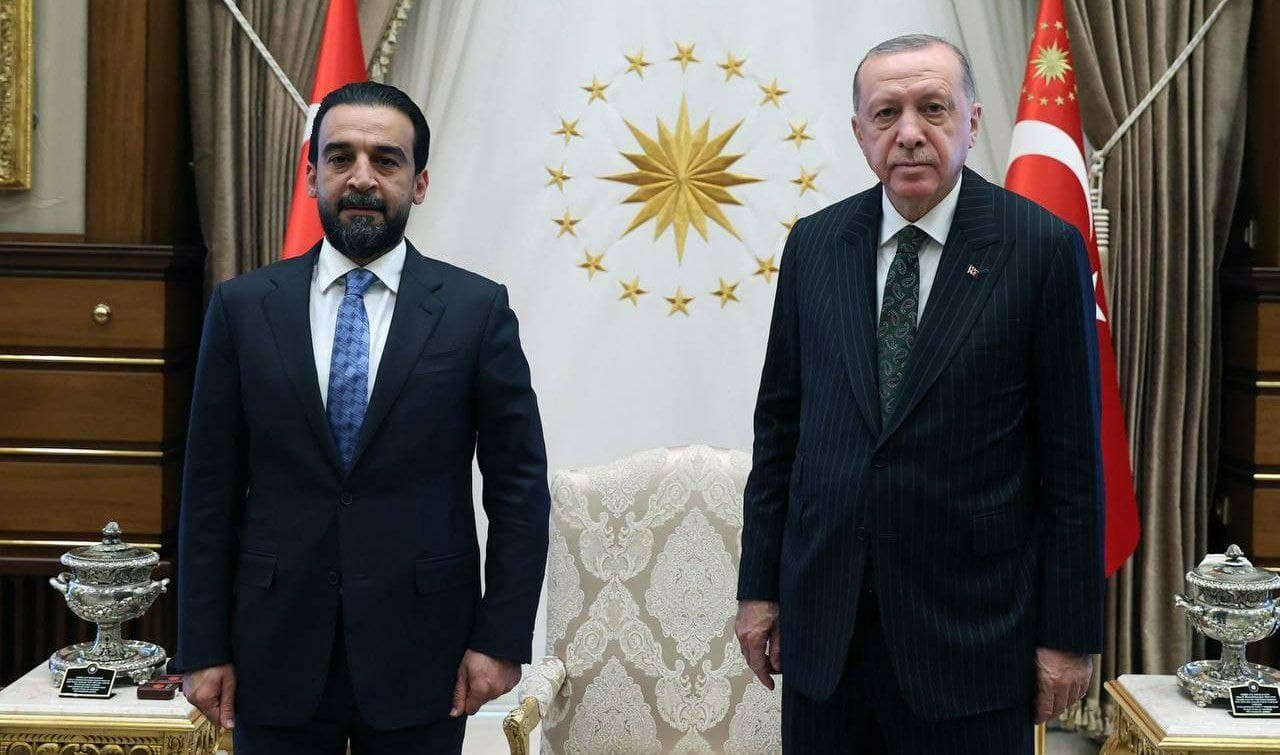 Shafaq News/ On Monday, Turkish President Recep Tayyip Erdogan held two meetings with the Speaker of the Iraqi Parliament, Muhammad al-Halbousi, and the Secretary-General of the Arab Project in Iraq Khamis al-Khanjar, in the capital, Ankara. Turkish media stated.

Turkey’s Communication Department of the Presidency said in a statement that the meeting took place between the two sides away from the media.

The presidency did not provide further details about the content of the meeting.

According to the officiall statement, Erdogan also met with the Secretary-General of the Arab Project in Iraq, Khamis al-Khanjar, who said in a tweet, "An important meeting with Turkish President Recep Tayyip Erdogan on the political situation in the region, and the importance of economic relations between Iraq and the friendly Republic of Turkey to support the stability of the Iraqi economy.

"We affirmed our strong rejection of the exploitation of Iraq's borders by terrorist organizations and the targeting of Iraqi and Turkish lands," he added.

"During our meeting with Turkish President Recep Tayyip Erdogan, we demanded, in the name of brotherhood between the two peoples, to cancel travel visas between the two countries," al-Khanjar added.

He announced that "within days, actual measures will begin related to easing travel restrictions, especially for patients, students, humanitarian cases, and investors as well."

It’s noteworthy that Al-Halbousi, who leads the "Progress" Coalition, and the Khanjar, the leader of the "Azm" coalition, are considered significant rivals for parliamentary seats in the Sunni-majority regions in northern and western Iraq.

Iraq's Parliament Speaker expresses regrets for the situation in Ukraine